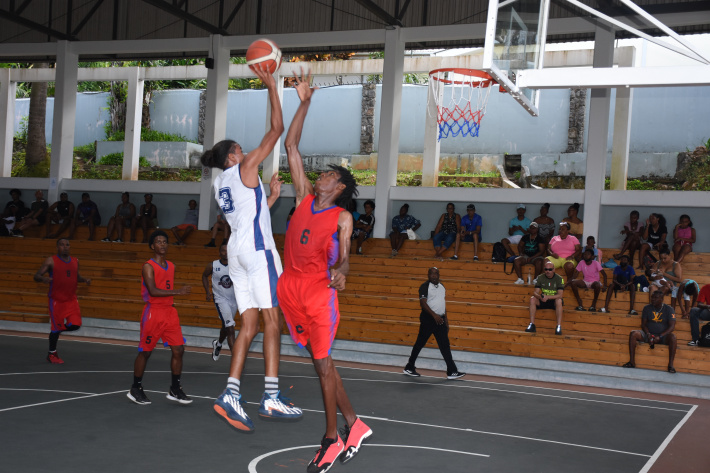 Anse Etoile Stars are still leading the women’s league table, boasting an unbeaten record following their 55-43 win over B Challenge in their last league match, while Beau Vallon Heat are now leading the men’s division one standings after defeating PLS Hawks 77-63 on Saturday.

Stars have now garnered maximum 12 points from six wins in as many matches after two rounds of matches.

Against B Challenge, the players of coach Kenneth Domingue took control of the match from the beginning, winning the first quarter 12-9, before dominating the second 18-5 to lead 30-14 at half-time.

Bouncing back in the second half, B Challenge managed to close the gap, despite losing the third quarter 15-17, before winning the fourth and final quarter 14-8, but it was too little too late as Stars won the match 55-43.

Captain Veena Marie was Anse Etoile’s top scorer with 18 points, while Guyra Boniface scored 12 points to lead the scoring for B Challenge.

The defeat keeps B Challenge second on the table on nine points from three wins and three defeats out of six matches played.

In the men’s league division one, Beau Vallon Heat are now leading after defeating rivals PLS Hawks on Saturday, bringing their statistics to 18 points from eight wins and two losses in 10 matches played.

After narrowly losing the first quarter 18-19, Heat stepped up their game in the second quarter, outscoring Hawks 19-13, leading 37-32 at half-time.

It was in the third quarter that the match was literally decided, with Heat scoring 21 points, compared to only 13 for Hawks, ending the quarter 58-45.

The fourth and final quarter was fiercely contested as Hawks huffed and puffed to close the gap, while Heat pushed forward to maintain their lead, concluding on a 19-18 score in favour of the latter, earning them a 77-63 win.

James Oliseh was Heat’s top scorer with 18 points, while Ed Talma led the scoring for Hawks with 16 points.

Hawks are now fourth overall on 15 points from six wins and three defeats out of nine matches played.

Mont Fleuri-based Premium Cobras collected their fifth league win this season to maintain their fifth overall spot after defeating bottom-placed MBU Rockers 88-55. Thanks to the win, they have a points tally to 15 from five wins and five defeats out of 10 matches.

Alao Solomon had the hot hands for Cobras with 21 points, while Robert Leon led Rockers in scoring with 13 points.

The young Dawgz team under the guidance of coach Nigel Ah-Kong won the first quarter 16-15, before clinching the second one 19-15 to lead 35-30 at half-time.

In the third quarter, Drifters managed to adjust their game, outscoring Dawgz 18-12 to lead 48-47 at the end of the quarter.

Not wanting to lose the match and backed by veteran player Cyril Agrippine, Dawgz threw everything into the match and outscored Drifters 19-13 to win the match 66-61.

Captain Tainio Ah-Kong and Sebastien Thomas were Dawgz’ top scorers with 15 points each, while Ervin Agathine led the scoring for Drifters with 16 points.

Despite the defeat, Drifters remain second on the ranking with 17 points from six wins and five defeats from 11 matches played.

On Monday night, Anse Etoile defeated Anse Royale 70-48 to return to the top of the men’s second division league standings after cascade Bullets had taken the lead during the weekend.

They distanced themselves from their opponents in the second half by winning the third and fourth quarters 24-11 and 15-11 for a 70-48 victory.

After playing 15 matches, Anse Etoile have 27 points from 12 wins and three losses.

Cascade Bullets are second on the table following their 74-41 win over PLS Suns in their last league match.

A well on form Hensley Bristol scored 23 points to lead the scoring for Bullets, while Selwyn Denise scored 13 points to finish as PLS Suns’ top scorer.

Bullets have now collected 25 points from 11 wins and three losses from 14 matches played.

As for PLS Suns, the defeat keeps them in the seventh position on 18 points from five victories and nine defeats in 14 matches played. 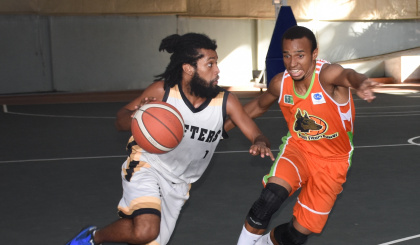 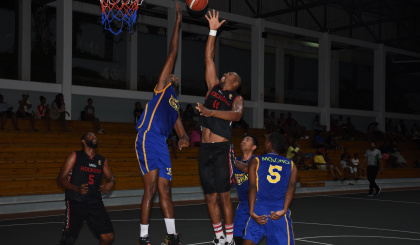 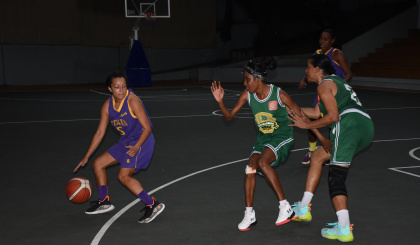