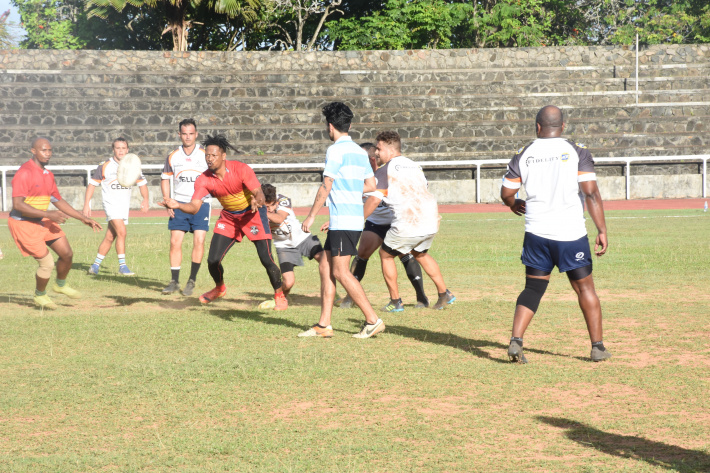 Sailors from the HMS Montrose, one of the Royal Navy’s 13 Type 23 Frigates presently anchored in Port Victory, had the chance to stretch their legs on Saturday, during a special rugby festival hosted by the sport’s local governing body.

The rugby festival which took place at Stad Popiler gathered players from all the four teams presently competing in the Cable & Wireless Island Nations Cup, along with navy personnel from the HMS Montrose who enjoyed both touch and contact rugby matches.

There were also exchanges of tokens between the Seychelles Rugby Union (SRU) and the HMS Montrose crew.

The festival continued until late in the evening with snacks and refreshments.

The accompanying photos were taken by Roland Duval. 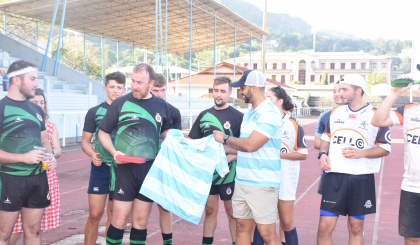 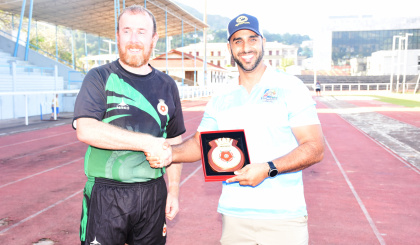