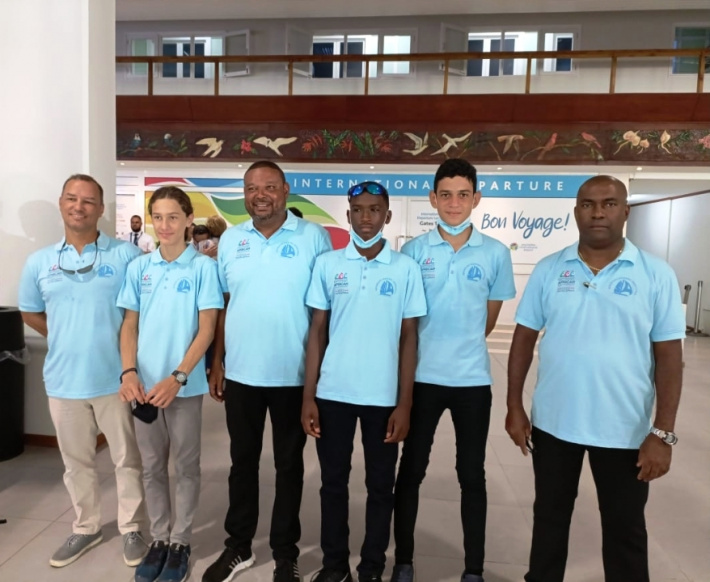 The Seychelles team for the African Optimist Championship

Three sailors are representing Seychelles at the 2022 International Optimist Dinghy Association (IODA) African Optimist Championship which will take place at the Club Mykonos in Langebaan, South Africa from September 24 to October 1.

The sailors are Joshua Alcorn, Odysius Melanie, and Luca Marzocchi.

Meanwhile, sailors Dean Mathiot and Loïc D'Offay took part in the recently-held MODA/MLCA Regatta September 2022 in Malta where they are both undergoing intensive training in preparation for major international sailing events including the Paris 2024 Olympic sailing event.

The training has been made possible through sponsorship and support from the National Sports Council (NSC), the Seychelles Olympic and Commonwealth Games Association (Socga) and the Seychelles Yachting Association as well as the kind support of Sail Coach in Malta, who are sponsoring the coaching fees for both sailors.

D’Offay also attended the Under-21 worlds in Vilamoura from August 21-28.

This was one of the first events of this size for D’Offay and provided a great learning experience which, daunting as its first was, has made him even more determined to train harder and improve on identified weaknesses before the next significant regatta.

At the MODA/MLCA Regatta, Mathiot finished fourth overall with a nett 30 points, while D’Offay finished eighth with a nett 33 points.

The SailCoach’s Malta SailBase provides the ideal all year round training venue for both ILCA and Optimist sailors to fast track their development towards the top of the fleet. The geographical location of the island of Malta allows sailors to train in warm air temperatures with excellent sea sailing or flat water conditions inside its harbours. SailCoach creates an environment where athletes can focus on their sailing and fitness, thus making the most out of their training time.