Nature’s Vault has announced that former president of the Seychelles, James Alix Michel, will be joining the company as a senior advisor.

The company’s first project, the Legacy Token, aims, ultimately, to acquire the mining rights over, and pledge not to mine at least one million ounces of gold, located in environmentally pristine locations across Canada.

It is the first blockchain solution to tokenize quantified, unmined gold reserves. The company has already acquired the first 125,000 ounces at a location called Pistol Lake in Ontario and is in active negotiations on their second acquisition. This preservation of gold is then tokenized as the Legacy Token or NVLT.

Its primary focus is on Indonesia, where greenhouse gas emissions resulting from

The SAWA project addresses these problems through the diversion of crop residue waste to create BioChar, a carbon sink and soil amendment. It purchases

waste biomass directly from farmers, providing additional income streams, and then return a portion of the BioChar produced back to farmers to promote the health of their fields.

Following his retirement from politics in 2016, Mr Michel founded and is the executive chairman of the James Michel Foundation. The foundation was built to facilitate projects aimed at advancing the Blue Economy and regularly collaborates with maritime and business communities, NGOs, academic institutions and government agencies.

The Blue Economy is defined by the World Bank as “the sustainable use of ocean resources for economic growth, improved livelihoods, and jobs while preserving the health of ocean ecosystems”.

The James Michel Foundation has also worked with Blue Carbon Lab and Deakin University in Australia to assess the potential of Blue Carbon opportunities in Seychelles, accounting for the ocean’s carbon offsetting capacity and offering Seychelles the chance to achieve carbon neutrality.

With financial backing from the Seychelles Conservation & Climate Adaptation Trust (SeyCCAT) via the Blue Grants Fund, the foundation is working to protect and restore sea-based ecosystems.

Mr Michel has also written ‘Rethinking The Oceans: Towards the Blue Economy’, published in 2017. The book explores the potential that the ocean has in providing solutions for environmental conservation and addressing the effects of climate change, such as overpopulation and considering new ways of generating energy and food supply.

Commenting on his new position as a senior advisor to Nature’s Vault, President Michel said: “As President of the Seychelles, my work was dedicated to environmental protection and the preservation of our natural capital, so

I am excited to lend my expertise to a team that shares a similar ambition on a global scale. Nature's Vault is working on new and innovative tools to fight against climate change, which underline the importance of these ecosystems as nature-based solutions.”

“We’re honoured to have someone with the depth of experience that President Michel has in the space of conservation and ocean sustainability joining our team. As an advisor his guidance will be critical in helping Nature’s Vault achieve its mission of mitigating climate change,” said CEO and founder of Nature’s Vault, Phil Rickard. 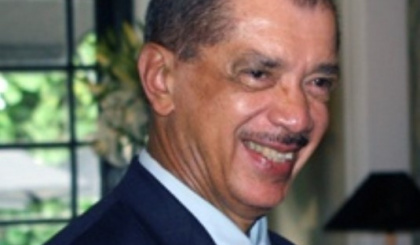