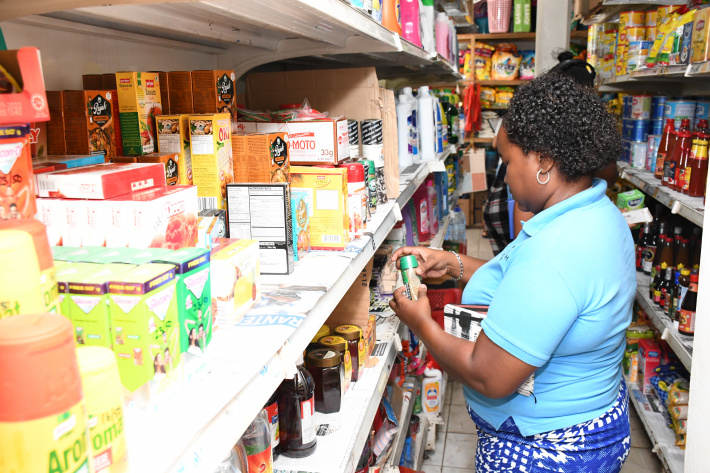 • Similar one planned before the end of the year

The Police have hailed as a success, a joint operation with eight local agencies, which were targeting local goods and service providers.

The exercise codenamed USALAMA, meaning security in Swahili, was carried out over four days since Monday and ended yesterday at the ports, where enforcement officer of the Seychelles Revenue Commission (SRC) tasked with seaports operation, were carrying out inspections in cargoes entering Seychelles.

Francois Ally, SRC’s director of enforcement for sea port operations, said their tasks focused mainly on verifying the cargoes to see whether they had respected all the legal requirements and on their final day yesterday they recorded cases where documents were not in order.

“We are checking if their taxes are in order, and if they had declared all their goods and their declarations correspond with their invoices. We are also checking if there are no illegal substances such as narcotics concealed in their cargoes,” explained Mr Ally.

The Fair Trading Commission (FTC) which is mandated to protect and enforce consumer rights as well as handles anti-competitive business practices, was also involved in the joint operation.

According to FTC’s analyst, Curtis Naiken, they brought their technical expertise especially related to expired goods and labelling.

“During this exercise we have come across some businesses which were not adhering to the law and we have referred them to the Public Health Authority to ensure there is a follow-up and they do remove these goods on the market,” said Mr Naiken.

He also commended the team who took park in the exercise and said it should be done more regularly.

This was echoed by Bradon Confiance from the Immigration department. He said although his department carry out such activities on a regular basis as part of their mandate, it was not often that such an operation is conducted in collaboration with other local agencies.

“It’s not always that we get the public’s cooperation when doing our daily duty so to have enforcement agencies like the police with us on this large-scale exercise is welcomed and we hope it could be done on a monthly basis,” said Mr Confiance.

For Public Health Officer Michelette Albert, this was her fourth USALAMA operation. She said that during the four days some of the issues encountered were expired goods, labelling and language of the goods, as well as the state of some retail stores which had poor hygiene.

“Eight retail shops had opted to close their doors voluntarily so they could fix the problems that we pointed out,” she said.

Ms Albert said their regional officers will be following-up to ensure the stores had abide by the requirements.

When comparing this year’s exercise to the past three ones, Ms Albert said this one had fewer issues.

“We noticed more health-related issues in the past compared to this one. I have seen a huge improvement in warehouses with regard to sanitation and expired goods. This year we are recording more issues with retail shops,” said Ms Albert.

For its part, the Seychelles Police department, which was leading the USALAMA Operation, said the event was a success.

Speaking to the media at the end of the operation, Superintendent Antoine Desnousse said other than addressing issues of sanitation and expired goods, the enforcement officers also came across foreign workers whose gainful occupation permit had expired.

“It was a success and based on that we will not wait for USALAMA to carry out a similar exercise as this is annually. We are considering having a similar one very soon,” he said.

SP Desnousse has also said that actions taken during the four days are being taken seriously.

“This was an operation and in instances where we feel legal actions should be taken, those responsible will be taken to court,” added SP Desnousse.

The operation initiated in the EAPCCO and SARPCCO regions since 2013, is done simultaneously in all member countries.

A report of the whole operation will be released next week and will be sent to INTERPOL’s headquarters in Kenya for review. 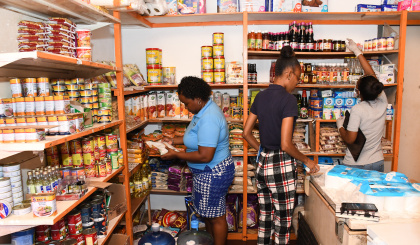 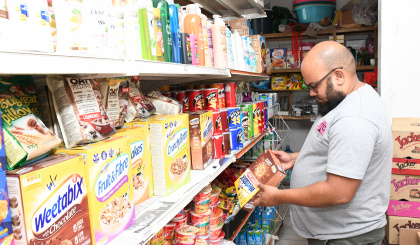