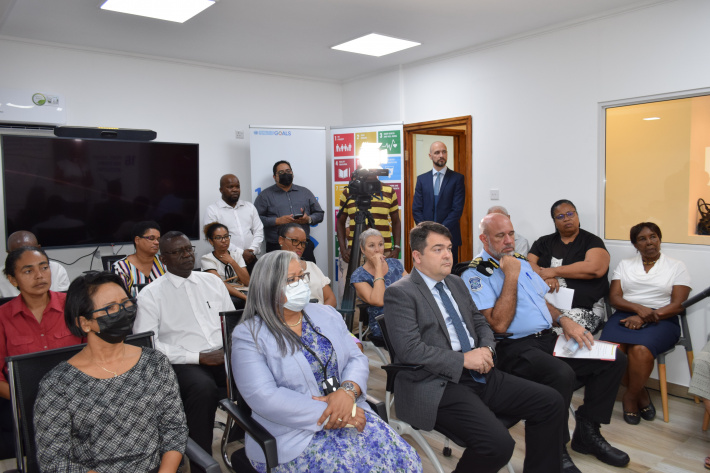 A partial view of invitees at yesterday’s event

The International Day of Peace of the United Nations (UN), observed on September 21, was a fitting day to simultaneously celebrate the fifth anniversary of the Sir James Mancham Peace and Diplomacy Research Centre.

Established under the auspices of the University of Seychelles (UniSey) on August 11, 2017, the centre is an independent, international hub for the study of peace and diplomacy, and has the task to keep, distribute, discuss and to develop the ideas, projects, and legacy of the late Sir James Mancham, who passed away on January 8, 2017.

The event yesterday saw numerous speakers addressing invitees, highlighting the need, now more than ever, to promote peace, and the fundamental values which Mr Mancham himself lived by, such as, national unity and reconciliation.

Coordination officer of the UN Resident Coordinator’s Office for Mauritius and Seychelles, Alexander Mancham, said the anniversary is “a milestone event that is reflective of his father’s vision and insistence for creating a better world”, considering that the world “continues to be riddled with violence and conflict”.

“I believe Seychelles has what it takes to be an example for the region, but more emphasis needs to be put on peace and harmony. Peace requires the rebuilding of society on every level so that all people feel they can flourish irrespective of creed, political, or religious affiliation,” Mr Mancham said.

Since inception, the centre has collaborated with the Durban University of Technology in South Africa for the development of a Masters Programme in Peace and Conflict Resolution, an important milestone for UniSey. Graduates completing the course understand peace theories and issues, types of violence and conflict, as well as the approaches to resolving conflict through mediation and non-violent social change.

As per vice-chancellor of UniSey Joelle Perreau, the institute is also working on establishing a Diplomatic Academy, and that it is set to open its doors soon.

Ms Perreau also seized the opportunity to reiterate UniSey’s commitment to promoting peace programmes and research towards the National Development Strategy, most notably pillar 6, which aims to promote a renewed sense of national unity and togetherness.

Director of the Institute, Diana Benoit, called on public and private organisations, as well as civil society to engage with the institute, as it undertakes studies to explore the root causes of violence in Seychelles.

“We need to work together to find sustainable solutions and contribute to the attainment of the interlinked sustainable development goals (SDGs), designed to provide a shared blueprint for peace and prosperity for people and the planet, now and into the future,” Ms Benoit stated.

The event was held in collaboration with the UN liaison office.

Also organised to commemorate the Peace Day was the annual tree-planting near Mont Fleuri secondary school.

Today, the National Council for Children (NCC) will be engaging school students in poetry, which are to be compiled and published by the institution. The committee within the centre has also organised for televised programmes under the UN’s chosen theme for this year, ‘End racism. Build peace’.

A live poetry show in collaboration with Raspyek is to be held at the National Theatre on Saturday evening. 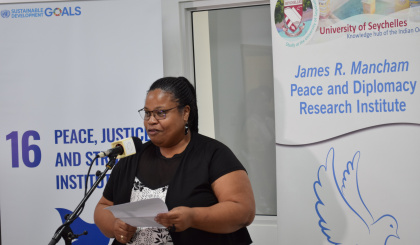 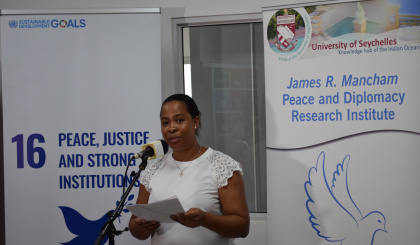 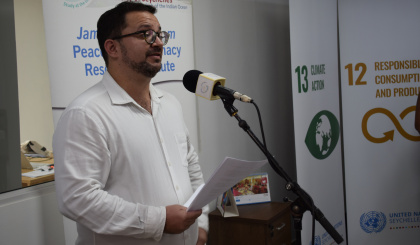