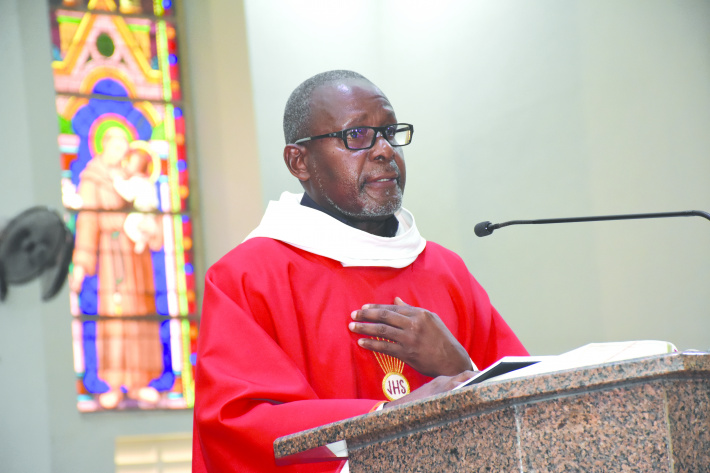 Father Alcindor presiding over the mass

The Seychelles Police Force yesterday attended a special thanksgiving mass at the Cathedral of the Immaculate Conception, Victoria, to commemorate their day, after which they paraded through Victoria back to the Central Police Station.

The event to mark Police Day also coincided with the International Day of Peace celebrated on September 21 under the theme ‘End racism, Build peace’.

The mass, which was presided over by Father David Alcindor, was to celebrate the achievements of the police and further to ask the Creator for help to serve without discrimination and to promote peace in the communities.

The mass was also attended by family members and members of the public who joined the police officers and civilian staff in the praise and worship.

In his sermon, Father Alcindor thanked the police officers for the work that they are doing to keep law and order.

He further said that although we are to be friendly with the police, we should get to understand that they have a disciplinary role to play to instill law and order in the country and we should respect their roles, especially if we know that we are operating outside the law.

Father Alcindor said that we have to end racism if any and promote peace among ourselves just like Jesus, who was a man of peace and against racism, as he has showed us through his love for us.

He asked for God’s blessing on the country and the people, including the police officers who are the guardians of peace through law and order, so that we live to respect each other’s opinions and religions.

He called on the public to support the police and not only criticise them for the sake of criticising but to make constructive criticisms that will help them to improve the services they offer.

He also prayed for God’s guidance and protection of the police so they continue to protect the citizens of this country.

The mass was animated by the police choir along with some members of the church’s choir. After the mass, the police officers, guided by the Seychelles brass band, headed back to the Central Police Station in quick march through Albert Street and round the Clock Tower to the parade ground.

Speaking to Seychelles NATION after the mass, Corporal Alisa Perine said the mass was very inspiring and has motivated her to push further in her police career to serve the society.

She said the Police Day, which coincided with the International Peace Day, represents the hard work, done through passion and devotion that they go through to help in good and bad times to keep the community safe.

She called on members of the public to support the police in their work to instill law and order for a safe society.

For his part, sub-inspector Tony Belise said Police Day represents the appreciation by government and the people of Seychelles for the work they are doing.

He added that the day is also a day for reflection and to meet other colleagues that they have not met for quite a while taking into account that they work in other police stations, further to taking stock of what they have accomplished and on the way forward.

Sub-inspector Belise explained that although the police is characterised as a force, it is not a force per se but rather a service provider for the community which we should learn to appreciate, given that they put their lives at stake for us.

The Police Day celebrations will end on Saturday with a sporting activity for police officers. 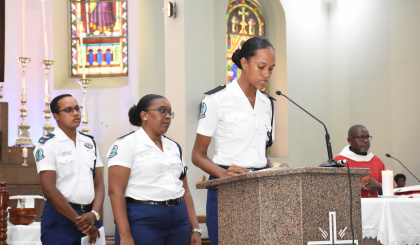 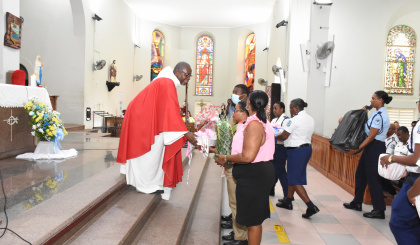 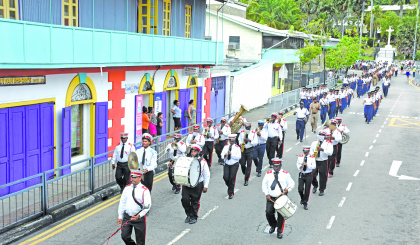 Parading through Victoria after the mass 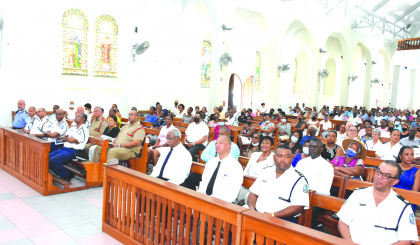