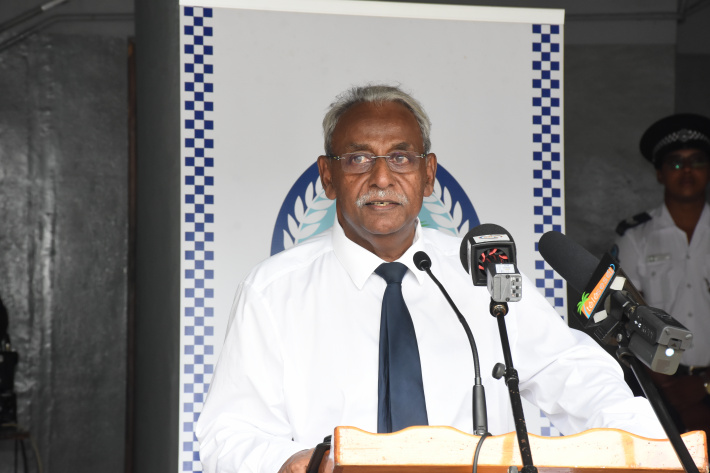 After attending a mass to mark their day yesterday, police officers paraded through Victoria to the Central Police Station where they were addressed by the Minister for Internal Affairs Errol Fonseka and Commissioner of Police Ted Barbe.

In his address, Minister Fonseka called on the officers to assess themselves as police constables with sharp eyes, ears and mind, fit and accurate eye for detail, irrespective of ranks, to tackle the change in crimes which will get worse with the use of technology.

He noted that drugs is one of the police’s main challenges that will take time, effort and continuous endeavour to tackle.

Minister Fonseka reminded the police officers that they should also be conscious of the welfare of the victims as law enforcement does not only enforce the law but also looks at the social aspect of the community.

He said that the police will be working towards being more efficient coordinately which will include re-enforcing community policing to boost trust among the people.

He sent his gratitude to all police officers who put themselves in harm’s way to protect and keep citizens safe and he called on them to think of their fellow brave colleagues who are around today.

Commissioner Barbe on his part call on fellow police officers to pledge once more to make it their business to dutifully restore the shattered peace of the citizens whenever and wherever it happens.

He later said that the police is putting into practice its strategic plan among which include seven pillars in the strategic reviews: governance and structure, creation of an integrated management intelligence system, investigation professionalisation, people and culture,  capacity building, professionalisation of  police standards, counter corruption and service, to raise the standard and bring the police to a higher level. He added that seven officers have been chosen to take charge of the seven pillars to bring policing to a professional level.

Commissioner Barbe said that as drugs and people’s high expectations are the main challenges for the police, the new strategic plan that has been formulated will address such issues.

He added that the drug network is huge in the country with different layers which include children and senior citizens and that with the support of the community the drug situation can be curbed.

Speaking of road security, the commissioner said that it is the responsibility of the drivers and pedestrians to take ownership of their own security on the road while being conscious that other people are also using the same structure.

He noted that Land Transport also has to see that proper roads and road facilities are made available for use to help curb accidents, especially fatal ones which is a combination of bad and irresponsible driving, irresponsible pedestrians, lack of knowledge of road signs and signals and some roads which are not conducive to drive on or for pedestrians to walk. 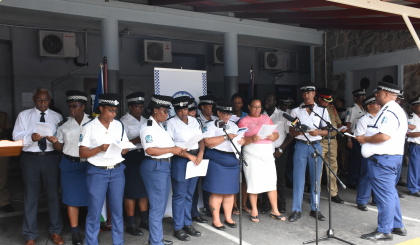 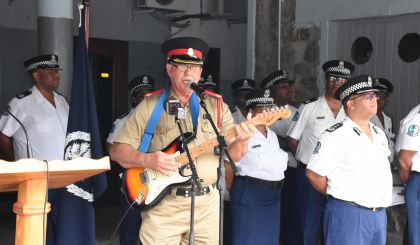 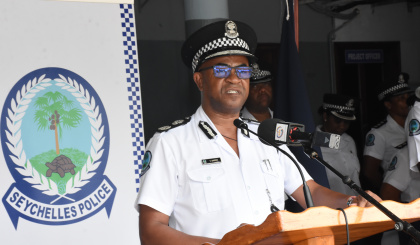