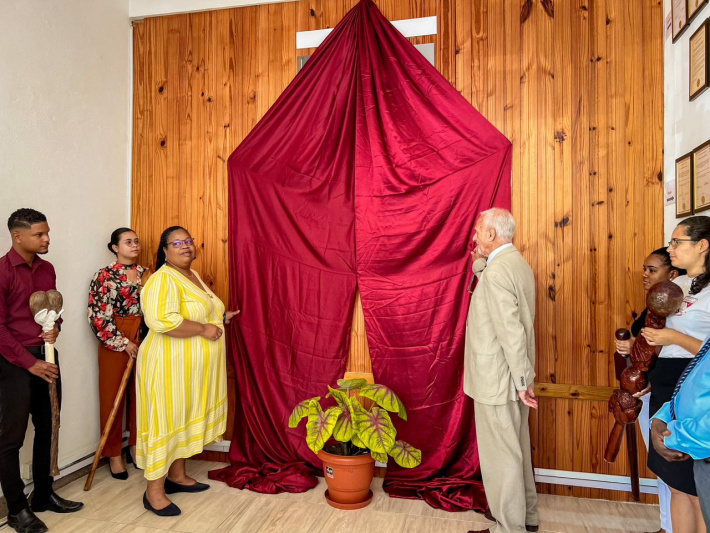 The unveiling of the wall of honour

In commemoration of its thirteenth anniversary, the University of Seychelles (UniSey) yesterday organised an array of activities, including the customary anniversary lecture.

Started in 2016, the lecture, now in its seventh year, was delivered by vastly experienced educator Zotique Pragassen, under the theme ‘Improving the quality of education in Seychelles’.

Sharing his perspective based on his many years of experience occupying different posts within educational institutions, as well as statistics and research findings, Mr Pragassen indulged invitees as to the ways through which to raise the quality of education locally, towards improving educational attainment at all levels, especially at state schools.

According to statistics which he presented during the lecture, only around 16 percent of all students who complete S5 sit for IGCSE exams, with only around 10 percent scoring C grades and above for core subjects, notably Mathematics.

“The level of education refers to the level of learning. For the amount of taxpayers’ money that is spent on education, I do not see that we are really reaping the results. And this is saddening, since we are probably one of the first in Africa to introduce a free-for-all education system, up until the obligatory age of 16,” Mr Pragassen noted.

He remarked that he alone does not have the solutions towards improving the quality of education, explaining that each school is different, and that rather than taking decisions at the ministerial level which are then imposed on all public-school institutions, the ministry should consider each school individually, taking note of their strengths and challenges.

“We need to empower schools, and the ministry should support the schools with what they need. Engage with schools, engage with parents as they also have something to say. Currently, we have a vicious blame cycle where the ministry blames parents, parents blame the schools and ministry, but we need to all recognise that it is our problem; a problem which we all created, so we need to all join hands to try and resolve it. We each have a role to play. The school is a collective, and it is not a matter of who is in charge,” Mr Pragassen added.

Furthermore, he pointed out that school institutions should also teach students values that they can carry into their professional careers.

Mr Pragassen is vastly experienced in the education domain, a field in which he is still actively engaged. He spent his early years at the Plaisance primary school before moving on to the Seychelles College. He gained his A-levels from the North Devon Technical College, Barnstaple, UK.

He holds a Bachelor of Science Honours in Mathematics graduating from the University of Manchester Institute of Science and Technology in 1970. From fairly early on he qualified as a teacher, obtaining his certification from the Chelsea Centre for Science Education in 1971.

Mr Pragassen earned a Postgraduate Diploma in Education Management and Administration at the Moray House College of Education, University of Edinburgh, Scotland in 1975.

In 1982, Mr Pragassen was charged with the setting up and management of the National Institute of Pedagogy, as the main person responsible for curriculum reform, in particular, the change in the medium of instruction from English to Creole. He remained within the Ministry of Education, occupying various posts, including director of Planning, director general to principal secretary, until 1988 when he was moved to the Seychelles Industrial Development Corporation (Sidec) as executive chairman.

Mr Pragassen was once again in 2018 asked to come back to take over from the then school director after she had no intentions on renewing her contract. He helped to find and assist the new school head, and upon achieving such handed over the responsibility in May 2021.

Aside from his career, Mr Pragassen has served as a member of the University Council, between 2011 and 2015.

This anniversary lecture seeks to promote local scholars who are actively engaged in scholarly activities, in particular, research or other prominent works with national or regional impact.

The lecture was streamed virtually for those who were unable to attend, and others joining in from around the world.

In addition to the lecture, Vice-Chancellor Joelle Perreau had the honour of unveiling the institution’s first wall in honour of its former and current chancellors and vice-chancellors, who have been instrumental to the progress of the organisation.

As it seeks to reach even greater heights, more personalities whose positive impact has enriched the life of students, and contributed towards the development of the only tertiary education institution in Seychelles are to be featured on the wall. 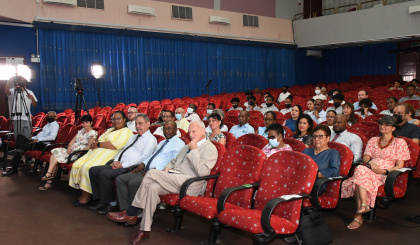 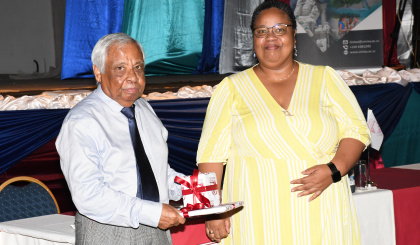 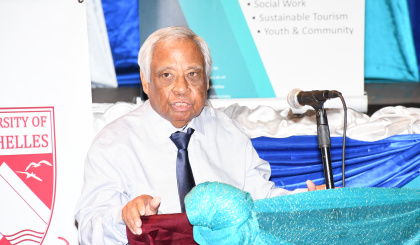 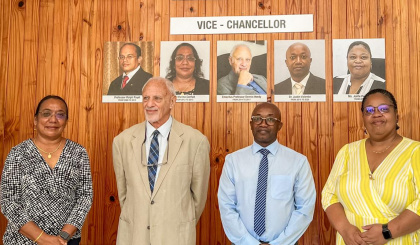 National assessment of children prior to pre-school and crèche |10.09.2022

Free breakfast for registered primary, secondary students as from September 5 |02.09.2022