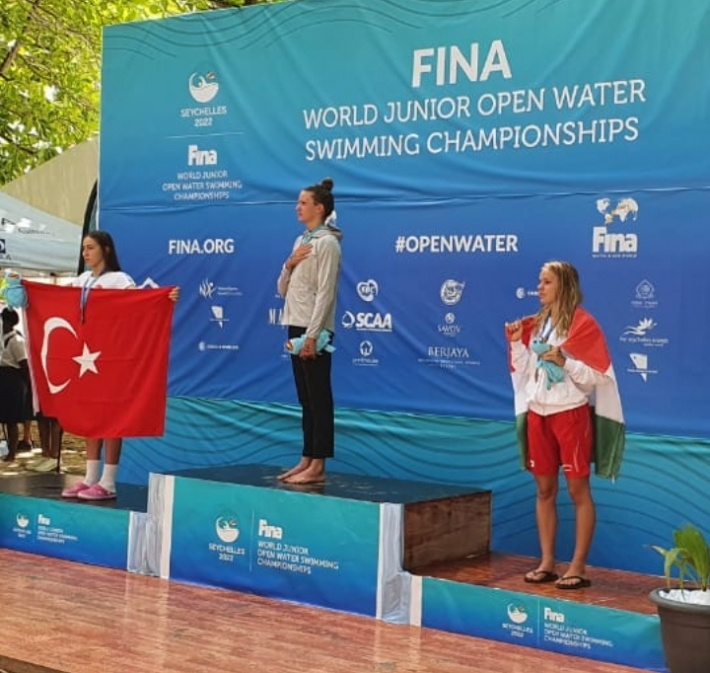 The three-day event which is taking place at Beau Vallon started with the boys’ and girls’ 5km races (14-15 years old) and Seychelles was being represented in the race by Thierry Payet who could only manage a 30th spot finish out of 36 swimmers.

Also on yesterday’s programme were the 7.5km races for boys and girls (16-17 years) where they covered two-and-a-half laps.

The fifth Fina World Junior Open Water Swimming Championships continue today with the boys’ and girls’ 10km (18-19 years) individual events, while tomorrow there will be a mixed-team event consisting of two athletes from each gender completing a 5km course (4x1.25km).

The three-day eventis gathering over 300 delegates from 35 countries, including swimmers, coaches and officials from around the world, including Seychelles. 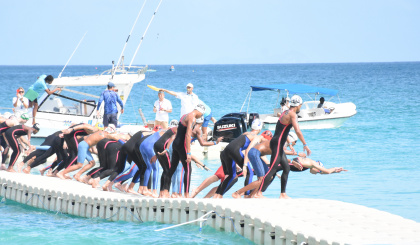 Start of one of the races (Photo: Roland Duval) 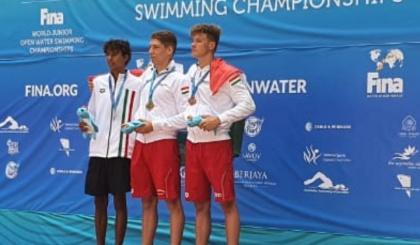 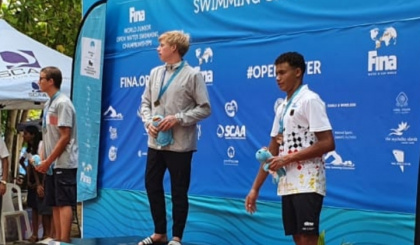