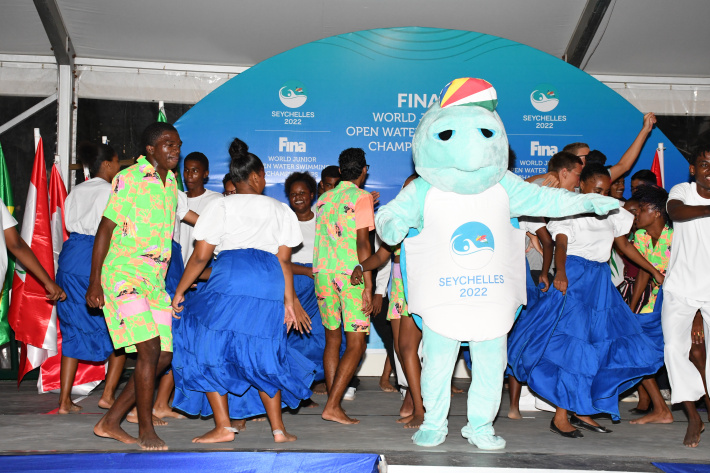 Young swimmers from 35 countries around the world will as of today battle in the sea at Beau Vallon beach during the three-day Fédération internationale de natation World Junior Open Water Swimming Championships which was officially launched yesterday at the Berjaya Beau Vallon Bay hotel.

Mr Nowicki described the event as a collection of the very best athletes in what they do, and also the future of open water swimming.

He thanked the committed organisers, and the government of Seychelles for the tireless work in hosting the fifth championships.

On behalf of the government, PS Jean-Louis described the event as one with a record participation of countries, and also one which our tiny island nation is very proud to host.

He encouraged the young swimmers to not only compete for medals, but also enjoy whatever Seychelles has got to offer as a destination, while being ambassadors in promoting the country as a destination when they go back to their respective countries.

PS Jean-Louis further added that such an event also presents the youth of our country with a platform to compete on the world stage, showing the commitment of Seychelles’ government towards enhancing and empowering the youth to take leadership, and also to showcase their talents at the highest level.

The three-day eventis gathering over 300 delegates from 35 countries, including swimmers, coaches and officials from around the world, including Seychelles.

The championships will consist of boys and girls 5km (14-15 years), 7.5km (16-17 years) which will take place today, boys and girls 10km (18-19 years) individual events scheduled for tomorrow, and a mixed-team event consisting of two athletes from each gender completing a 5km course (4x1.25km) will conclude the event on Sunday.

For the team event, swimmers can "swim up"; that is, a maximum of swimmers from the 14-16 age category can swim in the 17-18 age group category with one team per federation.

The championships were held from August 16-19, 2012 in the Welland International Flatwater Centre, located in the heart of the Niagara Region, while the second event, initially scheduled to be held on Eilat's North Beach in Israel from August 28-30, 2014 was cancelled and then shifted to Balatonfured and Lake Balaton in Hungary from September 5-7, 2014.

The third event was held in Hoorn, Netherlands in 2016 after being moved from Mexico, while the fourth Fina championships were held in Eilat, Israel in 2018.

The accompanied photos taken by Joena Meme show the ambiance during yesterday’s launch. 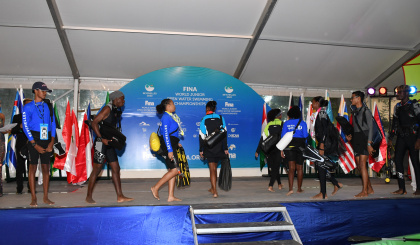 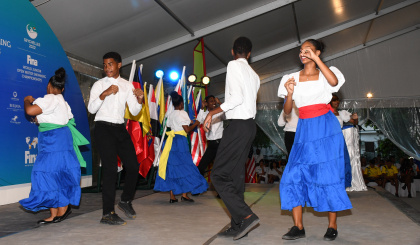