The Equatorial Guineans did not turn up for the match scheduled to be played yesterday at 5pm at the Côte d'Or Sports Complex in Mauritius.

The match had been scheduled well in advance by the Confederation of African Football (Caf) as per the competition's regulations and while St Michel arrived in Mauritius on Wednesday, well in advance for the game, their opponents did not make the trip.

They wrote to Caf on Thursday saying they were having flight difficulties and would arrive in Mauritius only late on Saturday afternoon (this afternoon), by which time St Michel would have already returned to Seychelles.

As the competition's regulations state clearly that late postponements of properly scheduled matches are considered only in cases of force majeure, meaning catastrophes, disasters, political upheavals and the like, Caf ruled that bad planning was not such a case and ruled that the game be held as planned.

Therefore, St Michel took to the field yesterday afternoon and with their opponents nowhere in sight, were declared winners by walk-over after remaining on the pitch for the duration stated in the regulations.

The referee and match commissioner have sent their reports to Caf’s disciplinary committee who will decide the next step.

According to Regulation 16 of the competition: "If for any reason whatsoever, a team withdraws from the competition or does not report for a match ‒ except in case of force majeure accepted by the organising committee ‒ or if it refuses to play or leaves the ground before the regular end of the match without the permission of the referee, it shall be considered as loser and shall be eliminated from the competition."

If this rule is applied to the letter then Inter Litoral Academy will be out and St Michel will move to the next round against opponents from Congo and there will be no need to travel to Equatorial Guinea for the second leg match.

Before this incident, St Michel were to return to Seychelles today and fly off again to Equatorial Guinea on Tuesday.

Asked how he felt about the incident, St Michel coach Nigel Moustache said it was a sad case as he had trained his players well and was looking forward to play the game.

"Having said that, I also believe that rules are there for a reason and have to be respected," he said. "If there are no rules there would be complete chaos," he said.

He added though that he had been eager to test his players who had made a lot of sacrifices and were raring to go.

"I will now have to find a way to keep them motivated and in form until our next assignment," he said.

If Caf applies the rule and St Michel move to the next round, their next assignment will be the President's Cup match that will open the new season.

Meanwhile, as Premier League winners La Passe are taking part in the Caf Champions League and are expected to play Comorian side Volcan Club in Moroni at 4pm today. 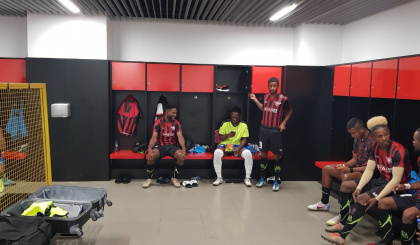 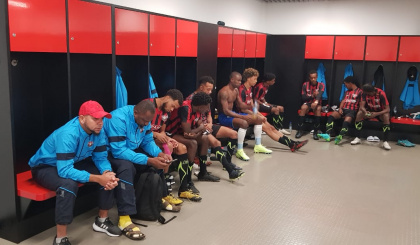