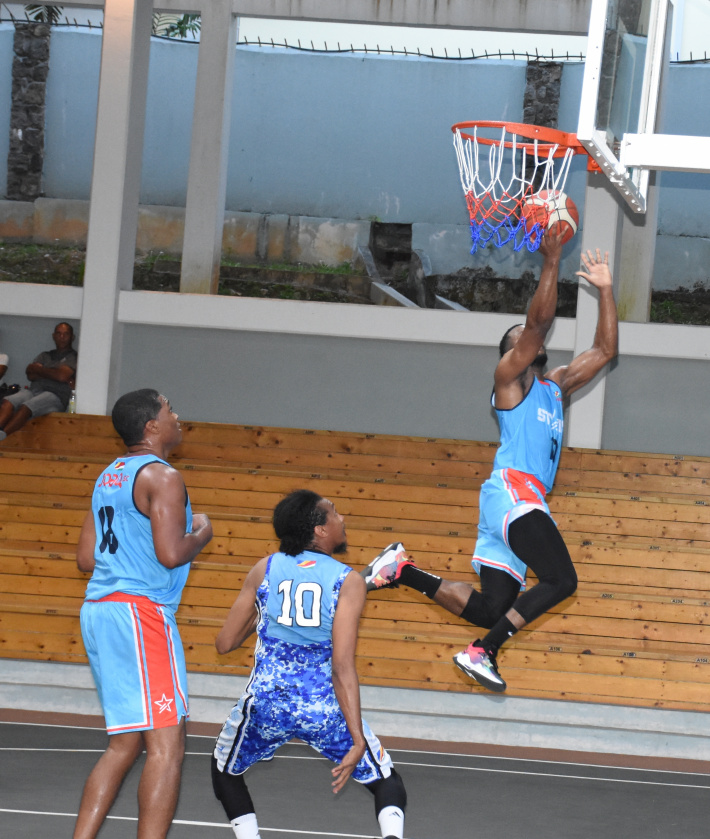 Anse Etoile are the new leaders of the men’s league division two following their 114-49 crushing defeat of tail-enders MBU Boys on Thursday, replacing Cascade Bullets who occupied the spot for 24 hours after defeating St Louis Saints on Wednesday.

Despite the crushing victory, Anse Etoile coached by Kenneth Domingue started the match at a snail pace, losing the first quarter 15-16, before redeeming themselves in the second which they won 25-12 for a 40-28 half-time advantage.

In the third quarter of the match, Anse Etoile distanced themselves from MBU Boys, scoring 33 points compared to only six for the latter, ending the period leading 73-34.

In the last quarter of the match, the target for Anse Etoile was to hit the century mark, which they did by scoring 41 points, while MBU Boys added 15 to end the match 114-49.

Brendon Belmont was Anse Etoile’s top scorer with 39 points, while Garry Louis led the scoring for MBU Boys with 12 points.

The win puts Anse Etoile on top of the table on 22 points from 10 wins and two defeats out of 12 matches, while MBU Boys are still glued to the bottom on 12 points from 12 defeats in as many matches.