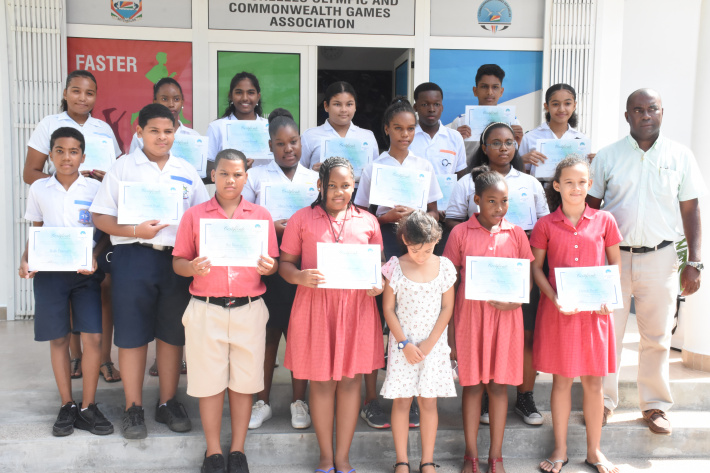 ‘Make a splash’ artists get recognised

Eighteen young artists from different primary and secondary schools around the country who took part in the art competition under the theme ‘Make a splash’ were rewarded yesterday during a special ceremony held at the Olympic House at Roche Caïman.

According to the chairman of the event’s organising committee, Alain Alcindor, they received 47 entries, out of which they selected the final 18.

Still according to Mr Alcindor, the final 18 chosen artworks are not being considered competition winners, but rather a way to choose 18 local children to be directly involved with the championships, precisely as medal bearers.

He added that championships should equally serves as motivation for more children to take up swimming as a sports, but most importantly to learn the skill of swimming and be water confident since as an island, we are surrounded by the sea.

Below are the eighteen selected artists.