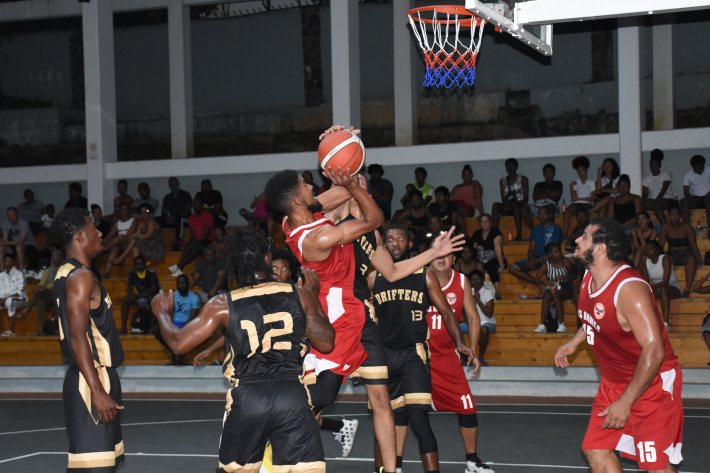 PLS Hawks are maintaining first position on the men’s division one league table following their 64-61 victory over Anse Boileau-based Drifters, while MBU Rockers tasted victory for the first time since the beginning of the league campaign following their 59-58 win over Mont Fleuri Dawgz.

Against Drifters, it took leaders PLS Hawks a while before imposing their game which only came late in the first quarter which they won 14-13.

It was in the second quarter that captain Jean-Philip Esparon and company managed to execute their game, outscoring Drifters 15-5 to end the first half with a 29-18 lead.

With their high-paced game, Drifters entered the third quarter with a different approach, outpacing PLS Hawks through fast breaks, scoring 24 points, compared to 16 for the latter, reducing their lead to 45-42 at the end of the quarter.

In the fourth and final quarter, both teams threw everything into the match which could have gone either way, scoring 19 points apiece, leaving PLS Hawks hanging to their early lead to win the match 64-61.

PLS Hawks are now leading on 14 points from six wins and two losses out of eight matches played, while Drifters are presently second on 13 points from five victories and three defeats in as many matches. They boast a superior basket difference than third-placed Baya who share the same statistics and points tally.

After seven defeats in as many matches since the beginning of the league campaign, MBU Rockers who have acquired the service of Robert Leon finally recorded a win, edging out Mont Fleuri Dawgz 59-58 to end their win drought.

Eager for their first win, Rockers coached by Alvin Alcindor had the upper hand in terms of scoring in the first and second quarters, winning 13-10 and 18-16 respectively for a 31-26 half-time advantage.

In the third quarter, Rockers maintained their discipline and again outscored Mont Fleuri Dawgz 17-15 to lead 48-41 at the end of the quarter.

Dawgz, however, were not ready to surrender as they came out stronger in the fourth and final quarter of the match, outscoring Rockers 17-11, but the latter saved by their earlier advantage, held on to register their first victory.

With 17 points, Pascal Bibi was Rockers’ top scorer, while Anil Charlette led the scoring for Dawgz with 19 points.

Despite the win, Rockers remain at the bottom on nine points from seven defeats and a single win in eight matches, while Dawgz remain fifth on 10 points from two wins and six defeats out of eight matches played.

Bel Air-based Baya missed a chance to feature among the top two on the table after losing 52-65 to Premium Cobras on Sunday.

Cobras dominated the first half of the match, outscoring Baya 14-7 and 19-12 in the first two quarters respectively, for a 33-19 lead at half-time.

Baya, however, managed to fix their game in the third period of the match, scoring 18 points while Cobras added another 19 to maintain their lead at the end of the quarter to head into the fourth quarter with a 52-37 lead.

Again, in the fourth and final quarter of the match, Baya matched Premium Cobras in terms of scoring, but the effort was worthless since the latter had accumulated enough points in the first two quarters of the match to cushion them to a 65-52 victory.

Cobras are now sixth on the table on 10 points from three wins and four losses in seven matches, while Baya are third on 13 points from five wins and three losses in eight games. 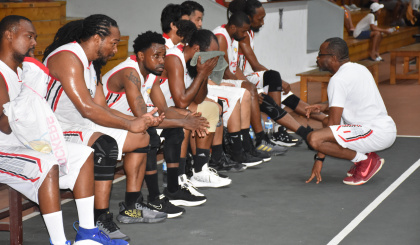