Setting up a structured psychosocial support system for athletes, federation and governing bodies Targeting underlying factors which has negative impact on athletes |27 August 2022 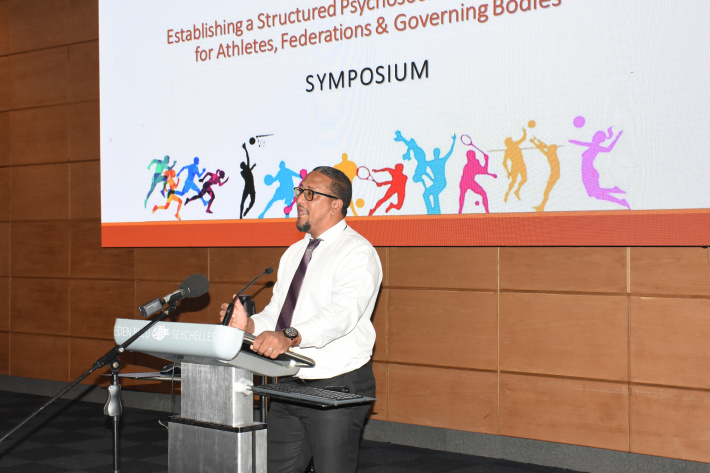 Interconnections between athletes, coaches and governing bodies, along with commitment from all levels and involving entities is crucial in motivating, promoting and bringing about the desired outcome, which in the local context is the country’s first Olympic Games’ medal.

Local psychotherapist Jimmy Petrousse stressed on the above-mentioned statement yesterday during the official launch of a symposium to discuss on how to set up structured psychosocial support system for athletes, federations and governing bodies.

Held at the Eden Bleu Hotel, the event which gathered coaches and representatives of the local sporting federations was to identify and address the underlying factors that exist or lack, which have a negative impact on athletes, their coaches and their capabilities of attaining maximum performance.

An initiative of the Quality of Life division under the aegis of the Family department, the symposium aimed at using a systematic ‘Root-Cause-Analysis’ method which will facilitate precise identification of underlying threats and precise and targeted recommendations and solutions and ultimately establish a structured psychosocial support system for sports in Seychelles.

Through the symposium, those present addressed the underlying factors that exist or lack, which has negative impact on athletes, their coaches and capabilities of attaining maximum performance.

In his opening remarks, PS Roucou noted that such a programme was his prime objective upon entering office and that through collaborative work within his department, along with the NSC, they identified the initiative as top priority.

He explained that psycho sociology is a crucial element for both athletes and coaches prior to any sporting competition, which he said most of the time comes as burden on their shoulders, especially from high expectations of the whole nation.

PS Roucou further noted that being parents and workers, simultaneously to being athletes and coaches, the burden further increases.

He said the initiative is just the stepping stone for a long journey through which his department will walk side by side with the athletes, offering the psychological and mental aspects of competitions and sports as a whole.

The one-day symposium was being facilitated by director general for the Quality of Life division Beryl Naiken, Mr Petrousse, mentor within the division Terry Celeste, and sports psychologist Douglas Pierre who was communicating virtually from Perth, Australia.

Based on the rationale of the programme, it has been the reality for the past years that athletes have been taking part in both local and international competitions and events without much of a structured support system.

The lack of understanding of what it takes to be an athlete, given that they too lead normal lives, having different spheres to their functioning in parallel to the personal dedication they have to give towards training in the discipline of their specialisation.

Anecdotal feedbacks from local athletes give indication of three main themes that have significant impacts on their personal and overall performance and likelihood of winning competitions.

They are causal factors, which include personal and social-related issues, health-related issues, injuries, dependant on substance, inability to maintain right nutrition as a result of insufficient funds, among others.

Then there are emotional effects, such as sense of loss, lack of motivation, discouragement, mental fatigue and also discouragement.

The third and final theme is behaviour, which includes inability to focus, not being able to meet set goals, lack of concentration and premature exit from sport.

According to Mrs Naiken, the proposed structure is not only for the current athletes, but also absorbs potential future athletes, thus the involvement of the Ministry of Education, while the Finance department has also been brought onboard since financing is a crucial element in every aspect of sport and competition. 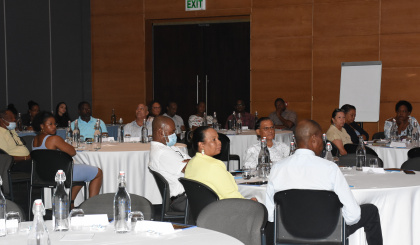