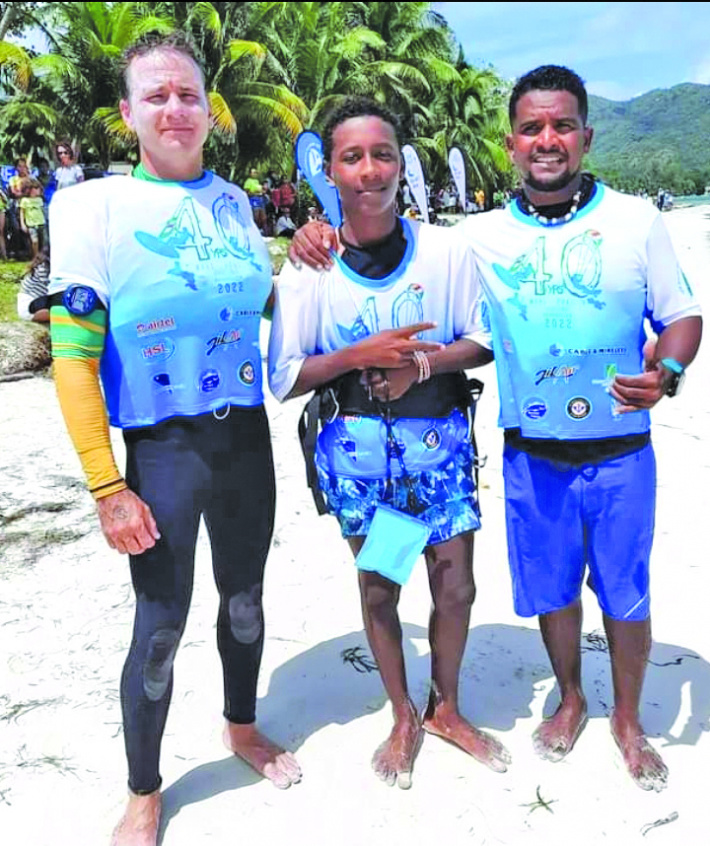 Praslinois surfboarder Jean-Marc Gardette is the winner of the traditional Mahé-Praslin crossing held on Saturday, while his fellow islander, 13-year-old Jules Kandasamy shocked everyone to finish third overall.

Saturday’s crossing gathered 33 boarders who competed in both windsurfing and kitesurfing.

In kitesurfing, it was Mauritian Richard Patrick who finished first in 1hr 20:30, finishing ahead of his compatriot Jean Leopold who took the runner-up spot after clocking 1hr 22:39.

Other than the crossing which is celebrating its 40th year, a series of windsurfing and kite-surfing has been programmed to take place on Praslin.

The Airtel Praslin Slalom – one week slalom on Praslin with a number of races –has been sponsored by local telecommunication company Airtel Seychelles.