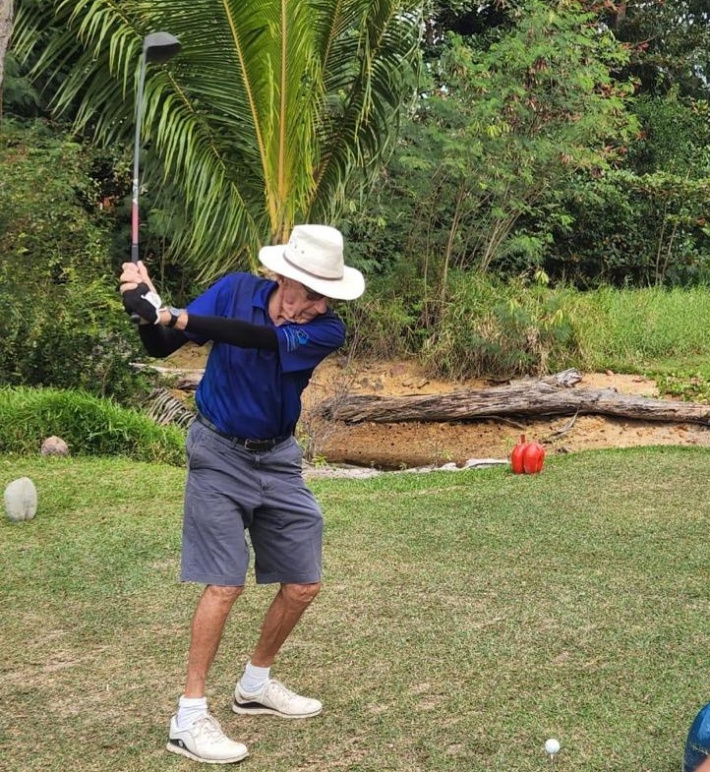 Edwin Palmer is the grand winner of the Sly’s 3 club and Putter Challenge, a unique challenge by fellow member Sly Pothin to all participants that day to tackle the course with only three clubs of their preferences along with their putter rather than the full 14 clubs allowances.

Although there were some very delicate and tricky hole placement selected by the sponsor herself, some very striking scores were posted after the front nine holes and Bernard Jackson with 21 Stableford points led the way.

He was one of the first few groups to complete the 18 holes, so he set the early lead with 32 points. Unfortunately Louis Vandagne, also with 32 points but with a better second 9 holes, ended up taking the third spot from Jackson.

Prakash Chetty was second with 34 points, but coming in first was Palmer with 36 points who was in the last final group to complete the field.

Ms Pothin awarded the prizes which also include two ‘nearest the pins’ prizes which were both won by William Weidner.

Ms Pothin promised to continue sponsoring this event in 2023 and to make it even more challenging. 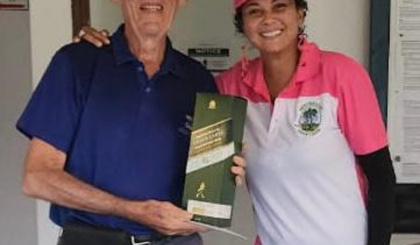