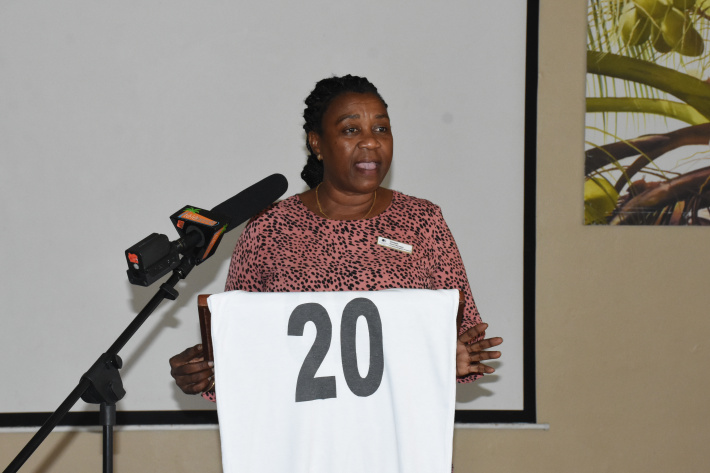 Now the hotel manager at the DoubleTree by Hilton Seychelles - Allamanda Resort and Spa, former sprinter of the Port Glaud school, Doreen Valentin, has personally treated the members of her old school’s team for the good performance at this year’s National Schools Athletics Championships.

One of their greatest achievements at the 44th Championships held on Saturday June 18 at Stad Linite was in the 4x100m relay for boys under 12 where they clinched the gold medal in 57.42 seconds.

In the overall ranking for the championship for best primary school, Port Glaud finished 14th overall after winning one gold and two bronze medals, earning a grand total of 40 points.

It is worth noting that for the past two years, the school has been without a physical education (PE) teacher, and it was only through volunteerism that coach Alda Azemia prepared them for the championship, with the backing of the school’s council, parents and the whole Port Glaud community.

Ms Valentin, born and raised at Port Glaud, and also a former wearer of the number 20 shirt, said she wanted to make a difference in the lives of the young athletes, at the same time encouraging them to perform better and also to encourage others to join the school’s team for next year’s championship.

She said instead of treating them at the school itself, she felt that it was better to take them to a hotel where the young athletes would feel more valued.

“The whole of Port Glaud is happy with their achievements, despite all the difficulties, and through this gesture, I want to portray that, thus encouraging them to perform better next time,” said Ms Valentin.

Jokingly, Ms Valentin noted that in the past, Port Glaud was always regarded as an insignificant district, despite the various good things that emerged from it.

“I am from Port Glaud and today I am a hotel manager, while there are many more people from the district who have been very successful in life,” said Ms Valentin, who added that other than giving back to the district that invested in her, moulding her into who she is today, the event is also a way to share her life’s blessings with the community, through the young athletes.

She also urged the young athletes to always stay focused and persevere in whatever they do, even if they do not win any medal or cup.

She also thanked the whole Port Glaud community for their support and urged them to keep up the backing, thus helping the youth of the district to move forward, not only for Port Glaud, but for Seychelles as a country.

On her part, Ms Hoareau congratulated all the athletes, especially the gold medal winners, and also thanked all those who gave a helping hand in preparing the team prior to the competition.

She urged the secondary schools which will be absorbing some of the athletes next year to keep exploring their talents and push them to continue in sports, thus discouraging them to be sucked in by social ills and other issues presently affecting our society.

Mrs Azemia, a coach with Port Glaud Shooting Star Athletics Club, and also the mother of local 400m hurdles specialist Ned Azemia who recently represented the country at the World Athletics Championships 2022 at the Hayward Field in Eugene, Oregon, United States and the 2022 Commonwealth Games, held in Birmingham, England found it a must for Port Glaud to feature among the schools at the 44th championships, even with a PE teacher.

She made it her personal duty to train the athletes, through her athletics club, absorbing them within the structure.

Other than the reception, the athletes also received a small monetary reward, along with certificate, before cutting the family cake. 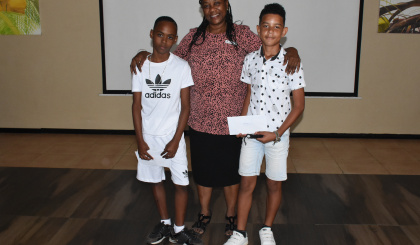 Ex-sprinter Valentin with two athletes from the new generation 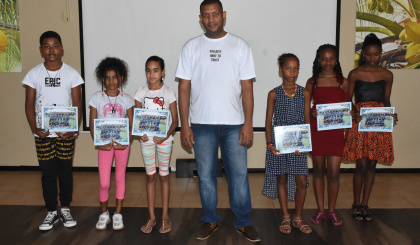 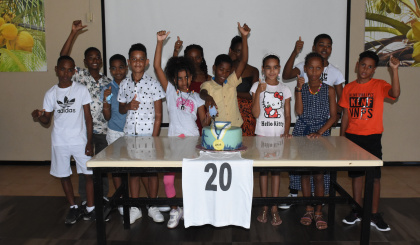 The young athletes cutting the cake 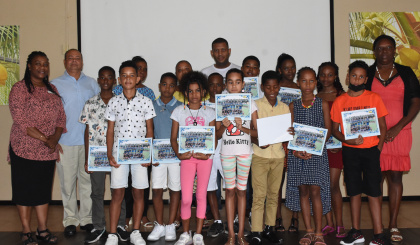 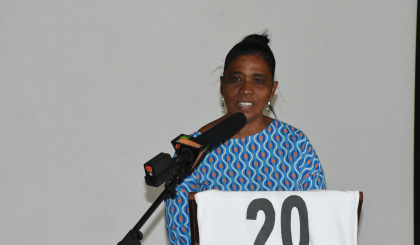