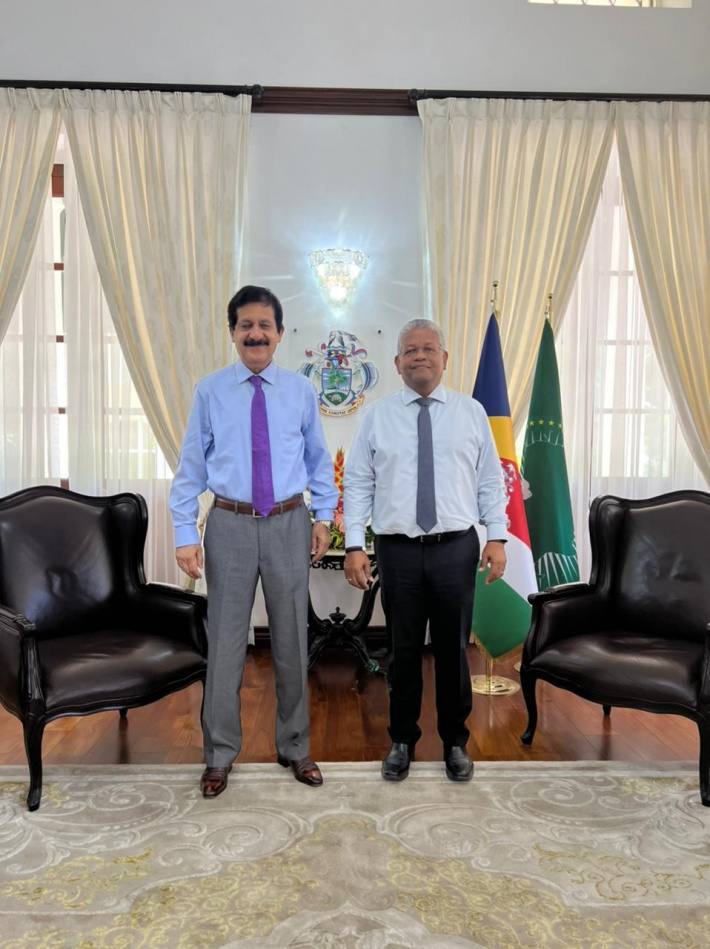 On behalf of the country, the President expressed appreciation to Mr Saeed for his contribution during his tenure at Nouvobanq and wished him the very best on his retirement.

On his part Mr Saeed expressed gratitude to the government for its support during the years he served and pledged his voluntary contribution in whatever way he can to assist the country.

Mr Saeed retired from the position of chief executive of Nouvobanq on June 30, 2022 after 32 years of service. The new CEO is Christophe Edmond, former deputy Governor of the Central Bank of Seychelles.