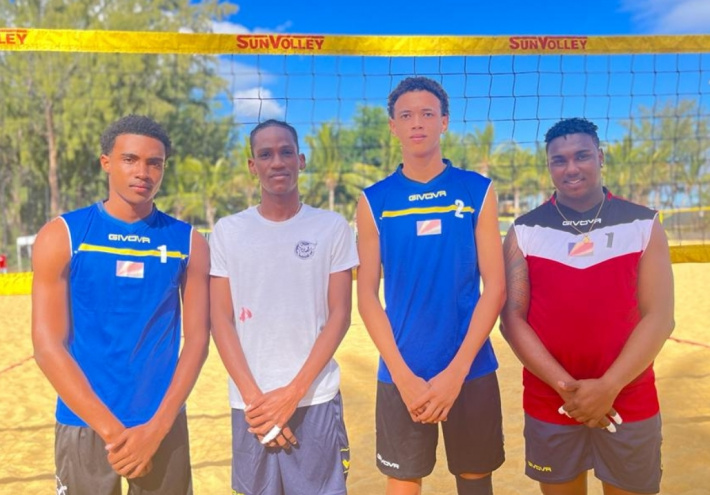 No podium finishes for our young selections

Following the indoor competition which ended on Wednesday, our young players yesterday contested the beach volleyball tournament of the Coupe des iles de l'Océan Indien which is taking place in Reunion.

Seychelles was represented by four teams – two girls and two boys – which played in four pools.

Seychelles girls’ selection one – Kella Bibi and Amma Ernesta – played in pool B, while the other girl’s’ team made up of Annonshata Bresson and Ahleen Antoine played in pool A.

In the boys’ tournament, Seychelles’ selection one made up of Darren Lesperance and Francesco Joubert played in pool A, while Adrian Cesar and Correy Toussaint were drawn in Pool B.

After the group stage, the teams battled in a cross knock-out, before playing the finals and ranking matches.

In the boys’ tournament, Cesar and Toussaint finished fourth overall, Joubert and Lesperance concluded the tournament in the sixth overall position.

Hosts Reunion finished first, ahead of Mauritius, with another Reunion selection in the third position.

For the girls, Bresson and Antoine finished sixth, with Ernesta and Bibi in the eighth and last position.

It was hosts Reunion who dominated the girls’ tournament, taking the top two places, with Mauritius finishing third.

The indoor volleyball tournament was played on a league format, with group winners and runners-up playing the final, while the bottom two battled for third place.

As for beach volleyball, it was a one-day tournament.

They are accompanied by coaches Roy Dijoux and Ruudy Joseph who were assisted by Derick Andrew, while Elsia Vidot is leading the delegation which is expected back on Sunday. 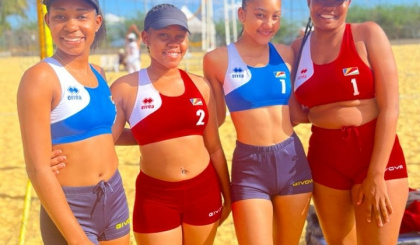