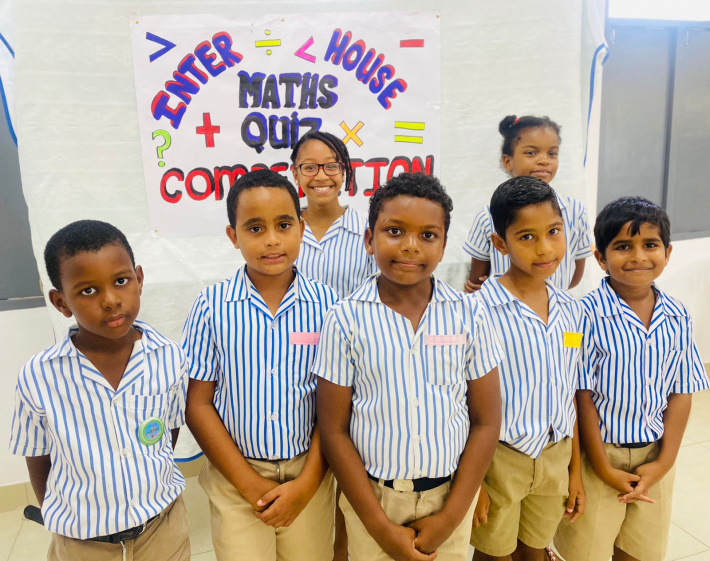 The ‘Water’ house is the overall winner of the Baie Lazare Inter-house Math quiz competition with 28 points, ahead of their closest rival, ‘Fire’ house which scored 27 points.

Thirty pupils participated in the competition at their school yesterday morning. According to the school’s Math coordinator and event’s organiser, Damiene Thomas, the aim of the competition was to promote the subject.

“Mathematics is a subject where students do not score high marks, and doing different activities at house level will help them appreciate and love the subject, and score higher marks,” said Miss Thomas.

She explained the quiz covers everything students have learned during the school term and these include topics covered in the Mathematic National Curriculum.

For the competition, the 30 pupils from Primary 2 to Primary 6, were divided into their specific school’s house system – namely Water, Fire and Wind.

Each house is represented by a colour – Water (orange), Fire (pink) and Wind (yellow).

Six pupils from each primary level were selected to represent their house and each house was represented by two pupils.

The pupils competed with other ‘houses’ from the same level and winners from each house were given a trophy for first place.

All participants were presented with a certificate as well as the ‘Best Scorers’ at each primary level.

According to Miss Thomas, the overall winner was determined by adding house points from Primary 2 to Primary 6.

‘Water’ house was the overall winner.

Miss Thomas said the pupils had just completed their assessment and exam and she was satisfied with the results and the competition was a success.

“I see great improvement for some results, the pupils have done a really good work. I would say it was a success because the students were eager to start the quiz, share their knowledge. However, Primary 2 students were a bit shy, because it was their first competition. I personally feel that this activity has given a boost to the pupils’ motivation and confidence,” said Miss Thomas.

It should be noted that the school held a Math challenge last term and there again it was ‘Water’ house that came in 1st place.

Baie Lazare primary said for the coming third term, it will host a ‘Parent Math challenge’ with the same concept to inspire students to love and appreciate Mathematics. 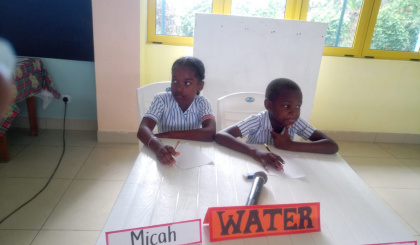 Some of the participants in action during the competition 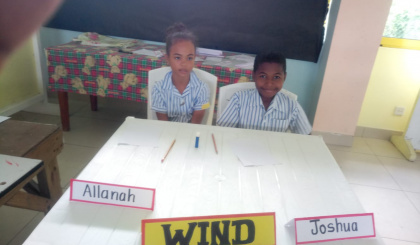 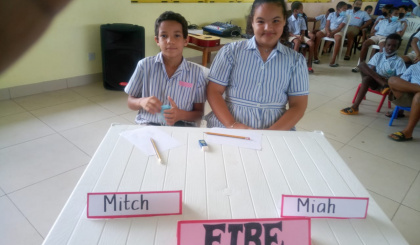 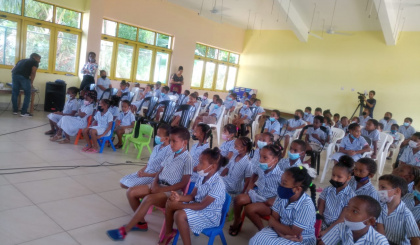 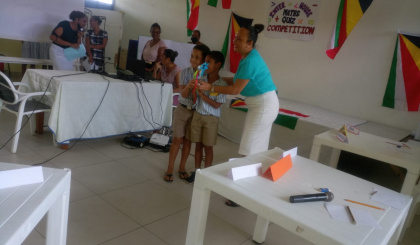 Headteacher Agnelle Monty presenting one of the prizes 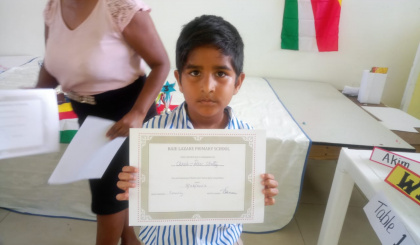 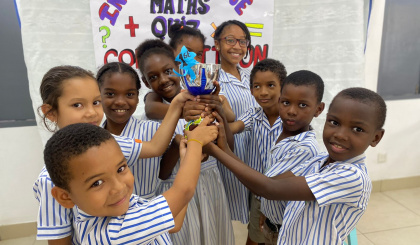