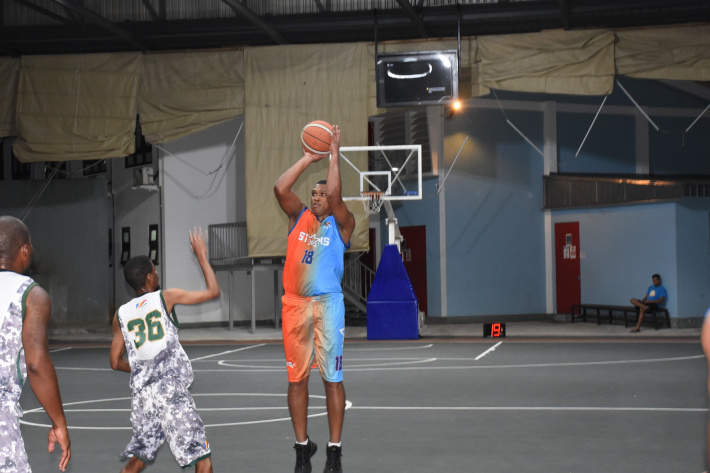 Anse Etoile have climbed three slots up the men’s division two league table into the third place following their 104-43 victory over bottom-placed MBU Boys on Tuesday at the Victoria gymnasium.

The players of coach Kenneth Domingue were no match for MBU Boys who were receiving their instructions from ex-MBU Rockers and Seychelles international player George François who was also in the team’s line-up.

Anse Etoile easily dominated the first quarter 27-4, before taking over the second period of the match 24-8 for a comfortable 51-12 lead at half-time.

At ease with the score, Anse Etoile cool down their tempo in the third quarter scoring 26 points, while MBU Boys seized the opportunity to score 19 points.

In the fourth and final quarter, Anse Etoile saw the prospect of passing the century mark and threw everything thing in the match, scoring 27 points, compared to 12 for MBU Boys, ending the match with a massive 104-43 victory.

The win pushed Anse Etoile into third place on 13 points from six wins and a loss out of seven matches.

As for MBU Boys, the defeat lifted them two places off the bottom into eighth position on eight points from eight defeats in as many matches.