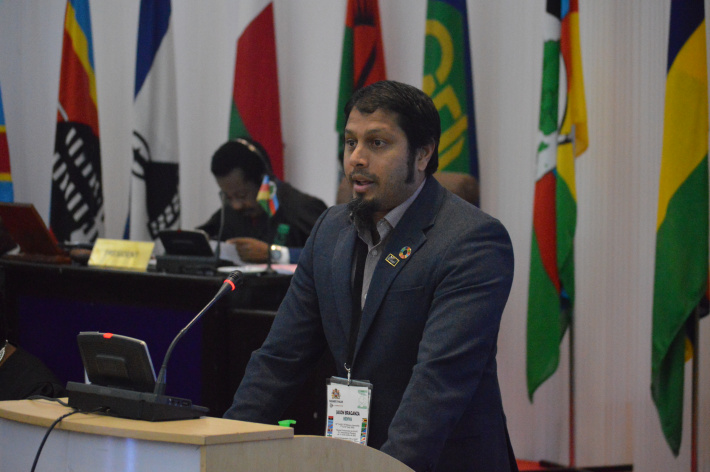 Jason Rosario Braganza, the executive director of the African Forum and Network on Debt and Development (AFRODAD) – Photo: Moses Magadza

A number of cooperating partners including civil society organisations and United Nations agencies have congratulated the SADC Parliamentary Forum for adopting the SADC Model law on Public Financial Management.

The 51st Plenary Assembly unanimously adopted the Model Law on Public Financial Management (PFM), when it met in Malawi recently. The Plenary Assembly is the highest decision making body of SADC PF, the deliberative body that brings together 15 national parliaments in the region.

Right Honourable Nellie Butete Kashumba Mutti, the Speaker of the National Assembly of Zambia, moved that the Plenary Session adopts the Model law.

In his message of solidarity, Jason Rosario Braganza, the executive director of the African Forum and Network on Debt and Development (AFRODAD) welcomed the adoption, which he said was timely.

“Across the other side of the world, in Bali in Indonesia, the G-20 was meeting to discuss issues of public debt and development finance; as the G7 met a week prior to discuss matters of finance and the economic turmoil arising from the Ukraine-Russia conflict, the pandemic, and the climate emergency,” he told parliamentarians.

Braganza added that African finance leaders had met in Dakar, Senegal and collectively called on global leaders to do more to support African countries in dealing with the multiplicity of crises afflicting the continent.

Braganza said as difficult as the Covid pandemic had been with its ensuing political, social, and economic crises, it demonstrated the centrality of Africa to global trade, finance and industry.

“Factories across the world ground to a halt due to their inability to access the vast raw materials from Africa; citizens from across the world were denied the opportunity to experience the splendour of African beaches and national parks due to travel restrictions,” he said.

“All these and much more cemented the central role Africa plays in an ever-globalised world,” he added.

Braganza noted that the Model PFM Law lays the foundation for SADC and Africa to regain their political, economic and social agency in generating, managing and utilising its natural and financial resources.

“This Law is the beginning of a journey towards attaining the ambitions of the Abuja Treaty in establishing an African Financial Architecture. We are on the precipice of history and taking back control of our destiny,” he added.

“I congratulate the SADC PF under the stewardship of Madam Secretary General Boemo Sekgoma, and all Honourable MPs who made this moment happen. I congratulate Honourable Members of Parliament from across Africa, representatives of delegations, citizens and comrades of Africa, on the adoption of the SADC Model PFM Law on PFM.”

Dr Khanyisile Litchfield-Tshabalala, chairperson of the African Parliamentary Network on Illicit Financial Flows and Tax (APNIFFT) also congratulated the SADC PF on the historic adoption of the PFM law.

She said the Forum had formulated normative standards in the form of Model Laws, which member states could adopt and or adapt depending on their domestic context.

In addition to other Model Laws that have been formulated such as the Model Law on HIV-Aids, eradicating child marriages, elections, and gender-based violence, the Forum had recorded another milestone by spearheading the formulation of the Model Law on Public Financial Management.

“These efforts will go a long way in harmonising legal frameworks within the region, thereby contributing to greater regional integration,” she said.

Litchfield-Tshabalala said the management of public funds provides a mirror through which the effectiveness of the PFM system can be reflected and tested.

She noted that there are several legal and regulatory gaps across the SADC region that undermine the legislative, budgetary and oversight functions of Parliaments, putting at risk the notion of sound public financial management and thus threatening the very existence of democratic institutions.

The adoption of the PFM comes at a time when, around the world, it is well established that poor PFM can swiftly become the symptom of a failing democracy and a failed state.

“It also comes at a time economy across the region are reeling from the ravages of the Covid 19 pandemic. As MPs, our constituencies depend on this a lifeline out of lost jobs, collapsed businesses, and the general decay in service delivery,” she said.

Joab Okanda, the Pan-Africa Senior Advocacy Advisor for Christian Aid, congratulated the SADC PF for the robust and passionate discussions on transforming economies and the lives of the people of the region.

He said the journey to protect the dignity and sovereignty of the region had commenced with the adoption of the SADC Model PFM Law, the first of its kind in the world.

“As Christian Aid, we celebrate this milestone and look forward to walking the journey of implementation with you,” he told parliamentarians.

Okanda said as the Model PFM Law seeks to strengthen the role of parliamentarians in debt scrutiny, Christian Aid looks forward to working with SADC MPs, and partners at community and national levels, “to challenge our borrowing and spending culture, demand transparency in debt contracts, and accountability in how the loans are spent”.

He said Christian Aid would also challenge wasteful tax incentives and loopholes that facilitate illicit financial flows out of the continent; call for debt cancellation and reallocation of Special Drawing Rights in a manner that does further press the knee that is already on our necks so that our governments can have breathing space to invest in social sectors that benefit the most vulnerable in our communities.

“At Christian Aid, we believe we must connect our struggles from national to global levels by demanding for reforms of the Global Financial Architecture that has been rigged against us,” he noted.

He said millions of Africans have been pushed into hunger and poverty and there have been countless unnecessary deaths because there were no prudent investments in public healthcare, transforming agriculture, protecting workers’ rights, renewable energy or providing safety nets for unemployed people.

“The adoption of the SADC Model PFM law is a great starting point of re-engineering our economies. If implemented, it will go a long way in ensuring good governance of our public resources,” he said.

From Kenya, the executive director of the African Population and Health Research Centre (APHRC), Dr Catherine Kyobutungi, delivered her message virtually and expressed excitement about the future as the partnership between the Forum and the APHRC partnership entered a new phase.

“Specifically, I am looking forward to our continued partnership on capacity strengthening and the rapid response service so that the best African-generated evidence can play an even greater role in the decisions made in this region,” she said.

Kyobutungi recalled that two-and-a-half years ago, the APHRC had signed a memorandum of understanding with the SADC PF to transform the lives of Africans through the power of evidence in the right hands, and how that can shape decisions that impact the lives of Africans.

“We are very proud that together we have developed and refined a Rapid Response Service for evidence. Through this service, some of you have submitted requests for evidence to guide submissions on critical debates.

“As a research organisation, there is no greater success than producing evidence on demand, where the products of our work are directly shaping such critical debates and decisions by members of this distinguished body,” she said.

Looking to the future, she said the Centre would position itself as a transformative force on the continent.

“We are an institution looking for partnerships to elevate the voices of Africans, promote evidence-informed decision-making, and advocate for African interests in decision-making forums. It is this commitment to an African-led transformation that I bring to this distinguished audience,” she added.

By Moses Magadza recently in Malawi 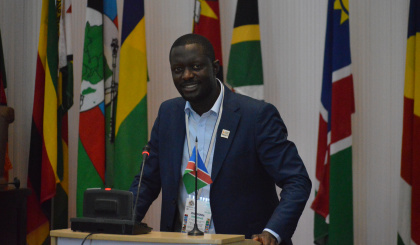 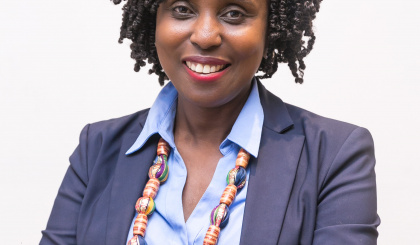