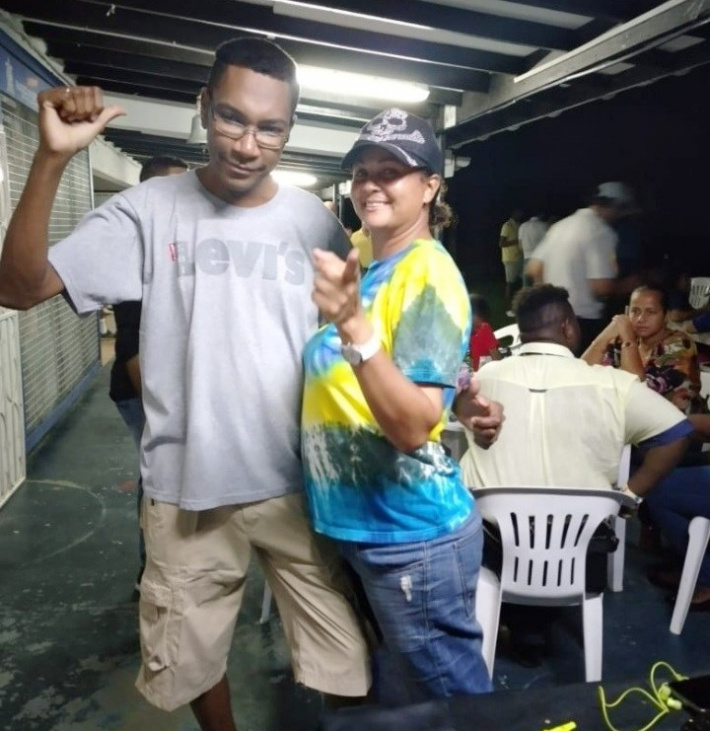 Another Seychelles music icon has left us

It is with great sadness that Seychelles NATION and the Seychellois public have learned of the sudden passing of Peter Jules, a well known artist, musician and music producer.

Recently Peter Jules has been ill and was admitted to the hospital where he passed away yesterday morning.

Seychelles NATION immediately contacted his colleague artists to learn more about Peter Jules and they were all in shock. Basil Bouchereau, Gilles Lionnet, Sly Pothin, Travis Julienne and Ambassador Patrick Victor were the ones who shared their immediate reactions with us.

Basil Bouchereau: “I have no words to describe how I am feeling and how to talk about this great loss. This news really took us by surprise. Peter was a good man and always ready to help others. We worked together in the band Laflanm and lately he had his own studio. Seychelles has lost a great and capable musician. The last time I spoke to him was when he was in the hospital and he told me: ‘I will be fine and I will come back’. I wish his family remains strong to go through this unfortunate event and ask all musicians to rally behind the family.”

Gilles Lionnet: “First of all, I would like to send my condolences to the family, with whom I was very close. It was his brother Danny who joined our band Footsteps first and when Peter completed school, we included him in the band. If I am not mistaken, it was his first job after he completed school. For five years, we travelled together and had many shows outside Seychelles. Peter is a very talented man in his domain. When Footsteps closed, he joined another group. I am very sad as he asked me permission to sing the song I composed ‘Birokrasi’ but he never got to it. He started playing the keyboard and went forward to have his own group and a studio. He helped many Seychellois artists during his short lifespan.”

Travis Julienne: “Peter Jules... Sa kalite problenm Ton Pit i fer ek mwan ler mon mal perform ti ekivalan lanmour en papa ki pe vey son garson. And this is what Peter Jules was for me – a musical father. His doors were always open to welcome my family; to help and console me in difficult moments and to rejoice in moments of joy. I am proud for being able to call him every time I performed with his son Nabby and refer to him as ‘Piti Peter!’. I am proud that I was able to address him as father when I was checking on him and I am proud I had the privilege to absorb his love and knowledge. Peter Jules was one of my biggest critics and at the same time my biggest support. I am proud to know that ‘Ton Pit’ defended me whenever I needed it and supported me whenever I needed it. I was happy to do the same for him. In my musical career and through the love I shared with his family, Nabby today we lost a Father and Seychelles lost a legend. But in return, Peter Jules left us with a baggage and an immortal history. Long live the memory of Peter Jules.”

Sly Pothin: “I was only 17 years of age when Peter Jules spoke to me and told me that I was talented and my voice was well suited for zouk music. My first song ‘Pa koste’ was a huge success and this song was done by him. Since then, all my albums were done with his collaboration. We also had the SeySound Band under our names and our last play was on June 25. He was not feeling well but still he came to play with Mayos and myself. We received a lot of success.

“It’s so not fair. This guy was my brother. We rearranged our group and everything was going perfectly fine since restrictions were removed. But, Peter told me he was sick. The worst part is I’m not around. Every day we send each other voice messages and his last one was on Sunday when he told me ‘nava bite nou track’. I immediately noticed that something was strange and he told me ‘mon ava gete si nou a zwenn, nou ava bite’ and that’s it.”

Ambassador Patrick Victor: “Today we lost a very talented musician/singer.  Peter was a superb studio engineer who has produced many local hit songs. Our thoughts are with the family of Peter.”

Seychelles NATION again presents its heartfelt condolences to the family of Peter Jules and to all his colleagues.

The accompanying photos show Peter Jules (in glasses) in the company of Sly and other colleague musicians. 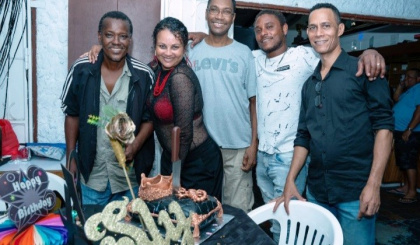 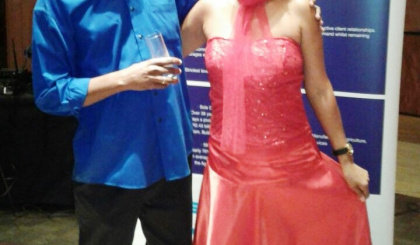