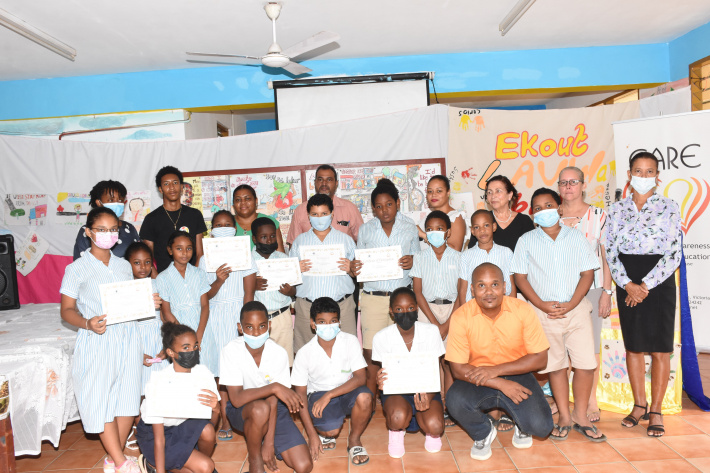 A group of 20 pupils aged between 9 and 12 years from Anse Etoile school have received their certificates after completing the two-year Rainbow project.

Initiated by the Campaign for Awareness, Resilience and Education against substance abuse (Care) in 2019, the Rainbow project which has been carried out in other schools, forms part of Care’s substance use prevention and early intervention, which aims to identify children showing early signs of risks in relation to substance use.

Through the two-year project, Care and the school have worked collaboratively with other partners to accompany the children and parents on a customised intervention plan to address   relevant issues and concerns.

The project seeks to build up children’s resilience through character education and social skills, to positively impact their thinking, behaviour and life-style.

Activities organised for the group of pupils during the two years included gardening, art and singing classes as well as educational visits.

Present at the school to witness as the pupils received their certificates during a short ceremony held recently were parents, head teacher Jacqueline Celestine, other teachers, the director general of Care Noella Gontier, the director general for Allied Education Services Division in the Ministry of Education Cyril Pillay, the parent teacher association chairperson Nanette Laure, pupils themselves, among other guests.

The ceremony kicked off with a spiritual reflection followed by the head teacher’s remarks.

“We’ve seen a lot of behavioural improvements among the pupils and they have also developed a higher value of themselves. They have demonstrated more tolerance for each other,” Ms Celestine remarked.

Commending the project’s accomplishment, she noted that it has had a great impact on the quality of the pupils’ academic work which has also improved in certain areas.

She said the activities in the project helped the pupils to learn how to interact and socialise with one another.

The group of pupils gave a performance of the song ‘Ekout lavwa ban zanfan’, before they were presented with their certificates by Mrs Gontier.

Another batch of certificates were presented to former Care club members of the school by Mr Pillay.

“I think this was a good initiative and I am very happy. On behalf of the Ministry of Education, I would like to thank Care for accompanying us on this journey,” Mr Pillay highlighted.

He stressed that changing a child’s behaviour is lengthy and requires a lot of patience.

He mentioned that the Ministry of Education has plans to introduce a behaviour management policy in schools soon and urged the schools to form their own programmes to help manage their pupils’ behaviour.

After a vote of thanks by a parent whose child has followed the Rainbow project, Mrs Gontier remarked that even though the project has come to an end, Care would still remain the school’s ally in preventing the children from being swayed by negative influences.

“This project was part of our early intervention. We will continue with our principal mission – to protect children from abusing illicit substances.”

Following the presentation of tokens of appreciation to the facilitator of the project, Darel Robert, and to Mrs Gontier, the ceremony ended with another song performance by a teacher of the school. 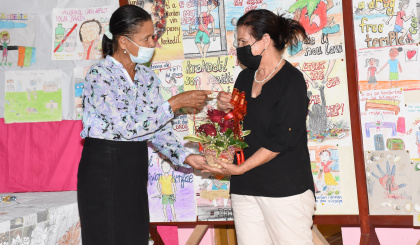 A token of appreciation for Mrs Gontier 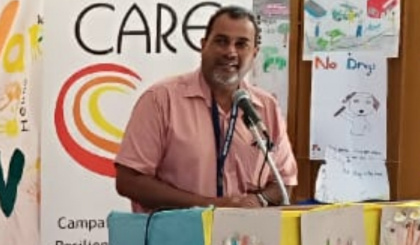 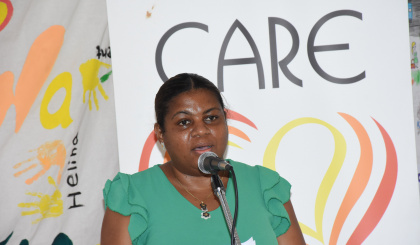 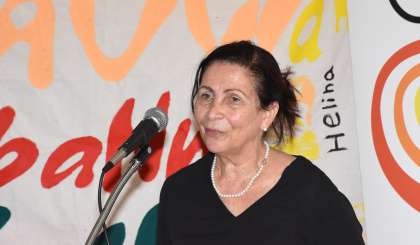