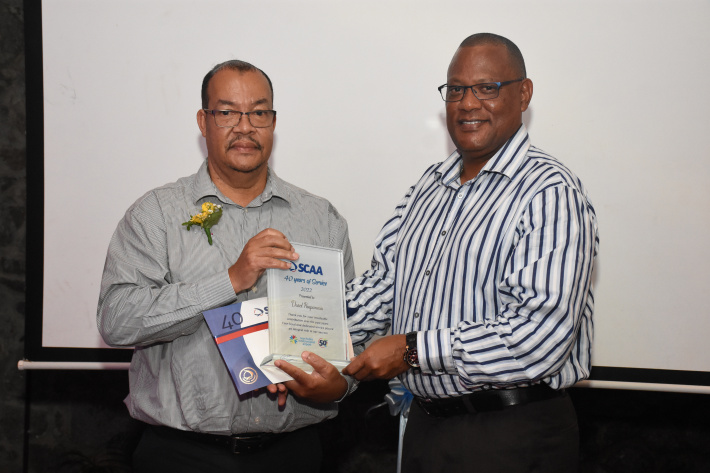 The Seychelles Civil Aviation Authority has honoured a group of 51 employees who have attained a culmination of 10 to 40 years of employment, with  senior airside operation officer Darell Pouponneau of the Praslin airport clocking a total of 40 years of loyal service within the company.

The long-service award ceremony held on Friday at the Fisherman’s Cove Resort at Bel Ombre was attended by Minister for Transport Antony Derjacques; principal secretary for Civil Aviation, Ports and Marine Alain Renaud; chief executive of the Seychelles Civil Aviation Authority (SCAA) Garry Albert; chairman of the SCAA board, Marlon Orr; board members among other guests.

Other than celebrating the long-standing services of the devoted staff, the event was also to commemorate 50 fulfilling years since the opening of the Seychelles International Airport, together with the 51st anniversary of the landing of the first commercial jet on the Seychelles shores.

Addressing those present, Minister Derjacques reminded them that the past two years have been challenging in more ways than one could ever imagine.

He said April 12, 2020 will be remembered as a dark day in the Seychelles’ aviation history, as it was the first day since the opening of the international airport in 1972 that zero flight landed in the country, let alone any movement in our air space.

Minister Derjacques further noted that after the last flight left at around 9.20am, he can imagine the feeling of despair, or apprehension of those who came to work on that fateful Easter Day, which he described as one of the many unsettling times.

He further added it is a known fact that one of the most important resources of any organisation is the employees, and that without them, failure is imminent.

In his address, Mr Albert reassured the staff that the SCAA is very proud to have them and that their hard work and loyalty in helping to push further the aviation industry of the country is very much appreciated and cherished by the company.

He said an aviation career requires a lot, including passion and time and that the devotion of the present staff members should be an inspiration for all those who are thinking of choosing a career within the industry.

Mr Albert also thanked all the staff members for their resilience during the past two years which he said has not been easy.

He thanked all retired employees, as well as those who will retire soon for their contribution, commitment and loyalty in promoting the SCAA.

For the 20 years of service, the SCAA awarded Maryline Marie, Jerina Esther, Samia Ernesta and Cheryl Simeon, while Steven Labiche and Francis Quatre were awarded for 25 years of loyal service. 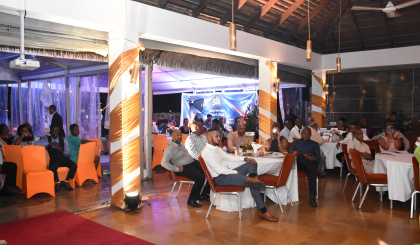 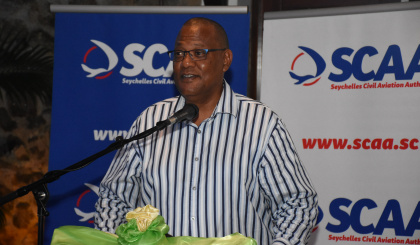