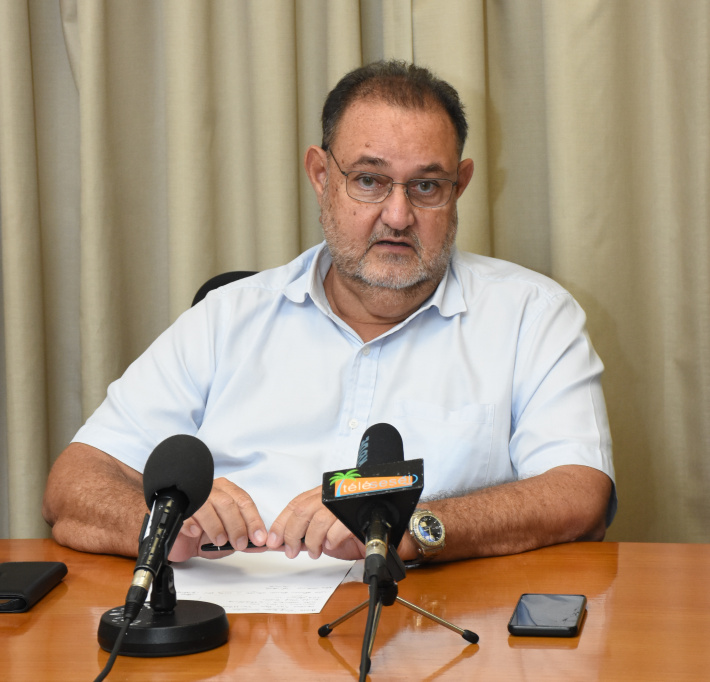 Islands Development Company chief executive Glenny Savy has said the company is pursuing its agriculture projects on the outer islands despite setbacks following the Agricultural Producers' Association of Seychelles’ inability to come up with a concrete initiative for the project.

The first round of talks on the subject between the Islands Development Company (IDC) and the Agricultural Producers' Association of Seychelles (Apas) was not successful.

“We’ve tried to develop something with the association and we’ve met with a lot of difficulties. They have a lot of work to do to determine what they really want to achieve. On our side, we are going ahead with our agricultural development plans,” said Mr Savy who noted that farmers have to bear responsibility for the feasibility of their projects as it is not the role of IDC to subsidise farmers to do farming on the outer islands.

He added though that some other farmers, big and small, are in contact with the company to develop agriculture on the outer islands and the conversation with Apas and any non-members who wish to undertake agricultural activities on the islands is still open.

Speaking on the agricultural activities to take place, Mr Savy said some trials are ongoing on Desroches island in preparation for large scale crop and livestock farming. He noted that IDC is expected to produce 1,000 to 1,200 tons of chicken and pork products next year.

Mr Savy added that nine ponds used by the former Seychelles Marketing Board (SMB) for prawn farming on Coetivy island are being renovated for the re-introduction of this activity. The prawns should be available on the local market by December 2022.

He added that if the project, which includes a hatchery, goes well, the company will be producing 200 tons of black tiger prawns and white shrimps on an annual basis. He said prawn farming is profitable, but SMB failed because of mismanagement in the 1980s.

Speaking of crop farming, Mr Savy said besides vegetable and fruits that will be produced, the company is in talks with a company in Reunion to help revive the vanilla plantation on Coetivy for exportation. He added that they will also be planting maize and other crops for the production of animal feeds.

Mr Savy further added that the company is also in talks with companies in Israel that specialise in modern agriculture, for the introduction of technology on the islands where less water is used to grow crops.

“Although we would have liked it to move faster, we are satisfied that the development of agriculture on the outer islands will be successful. It will happen,” said Mr Savy who noted that the company has also received requests for honey bee farming which it will consider, taking into account the vast types of wild flowers available on the islands.

With regard to construction projects by Green Island Construction Company (GICC), Mr Savy said the company is waiting for planning permission for the construction of more condominiums on Ile Persévérance, its aviation facility at Pointe Larue while it continues with the renovation work on the National Library and the construction of the La Digue Hospital.

With regard to accessibility of Seychellois to the outer islands, Mr Savy said it is not true that it is difficult to make visits as IDC has arrangements in place and at affordable prices.

He added that with tourism activities picking up following a decrease in the number of flights as a result of the Covid-19 pandemic, IDC will have more seats to make available to Seychellois at the price of R3,000 return trip per person. To stay at the IDC guesthouses, it costs R750 per person per day with meals included.

“All the comments received so far have been positive which show that people are really appreciating the visits to the islands. But we have to be fair, IDC cannot subsidise people’s holidays. But nothing stops a group of Seychellois to charter their flights to these islands and this happens from time to time, it’s expensive but we reduce the cost to a bare minimum just to cover our fuel and maintenance cost,” said Mr Savy who noted that IDC is doing its best to entertain our people but only to a certain limit.