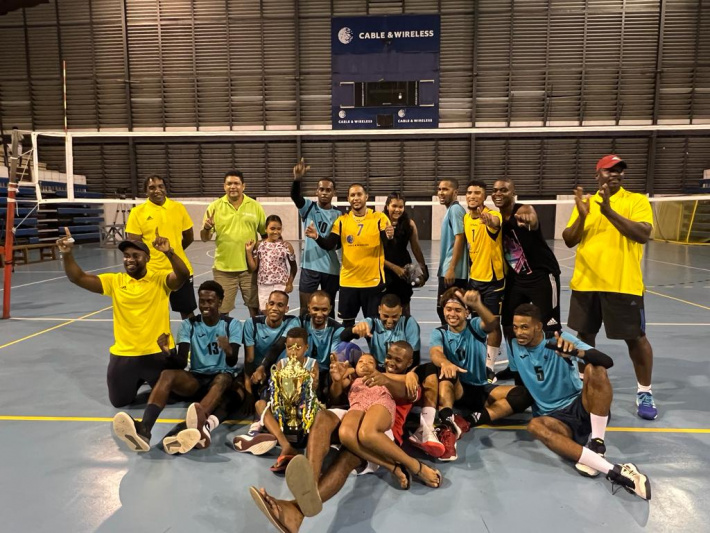 Only Arsu have been able to retain their Land Marine Cup title won in 2020 after triumphing in Saturday’s final against a new look Mont Fleuri side, while Neo Boys, La Digue Sisters, Brotherhood were all first-time winners.

Not only have La Digue Sisters and Brotherhood won their first title, they also earn promotion to play top flight volleyball when the new season starts in September.

After no competition was organised last year due to restrictions imposed by the health authorities to help stop the Covid-19 pandemic, volleyballers and fans have had the pleasure of taking part in two tournaments thus far this year.

Saturday was reserved for the four Land Marine division cup finals and all action was at the Palais des Sports.

If in 2020 they faced Cascade and won 3-1, Arsu were, this time, up against a revamped Mont Fleuri team with three former Cascade players ‒ Terille Songoire, Petrina Victor and Catherina Simon ‒ in their ranks. Still Arsu showed mercy for them and won the match 3-1 (25-17, 17-25, 26-24, 25-19) to retain the women’s division one Land Marine Cup title.

With Nayeli Etienne out with a foot injury, Arsu had only eight players on their roster on Saturday and with coach François Ally having already used a substitute, Mariella Raoul Annette dislocated a finger but she soldiered after getting it wrapped.

“We played quite well considering the number of injured players we have and the quality of our opponents,” said seasoned captain Jerina Bonne.

Having reached the final of all cup competitions and lost over the past few years, Neo Boys had better luck on Saturday as they powered past powerhouse Beau Vallon, winning the men’s division one Land Marine Cup final 3-1 (25-21, 21-25, 25-22, 25-18).

Coach Ruudy Joseph and players celebrated their maiden title win as it put them in the same ranking as the big guns ‒ Beau Vallon, Premium Spikers and the defunct Swimblue Pals.

Boasting some young talents like Jean-Phillipe Vidot, Corey Toussaint, Joshua Belle, Dickson Suzette, Neddy Rose and David Boniface, Neo Boys were playing their second final this year and they exacted revenge on Beau Vallon who had beaten them on a tight 2-0 (30-28, 25-23) score in the Curtain-raiser final.

“It’s a big win. I am very happy and satisfied as the players played well and executed the instructions all throughout the match. Team spirit was very high. They still have a long way to go and develop their individual skills,” coach Joseph told Sports NATION.

Jean-Phillipe Vidot and Corey Toussaint along with Jean-Paul Mellie won the bronze medal with the Seychelles team at the Indian Ocean Islands Games (IOIG) in Mauritius in 2019.

Formed this year, Brotherhood have lost no time to start writing their history as they defeated St Francis Brothers in straight sets ‒ 3-0 (25-21, 25-19, 25-19) ‒ in the men’s division two Land Marine Cup final.

Captained by rapid attacker Sarel Leon, who had a spell with Premium Spikers in the first division and along with setter Hendrick Cathene were part of the IOIG bronze medal-winning Seychelles team in Mauritius in 2019, Brotherhood comprise mostly players who used to play for GAP Boyz and La Digue Amigos.

Speaking to Sports NATION, player/coach Rick Capricieuse said “the result was what we expected, since our objective was to end the game on a 3-0 score. I’m very proud of my team. My only disappointment is the reward we received as champions. After all the dedication, the amount of money we have spent, to receive only a cup as reward is a huge disappointment for us. We were expecting a financial reward for winning the cup.”

Rhona Dubignon, Flora Lesperance, Stefy Barbero, Lubina Constance and Vanita Rose are some of the players on the La Digue Sisters team and they got the chance to prove that they are first division materials by brushing aside the challenge of St Louis Bombers.

Coached by Premium Spikers’ libero Steve Jupiter who is stationed on La Digue as a police officer, La Digue Sisters won the women’s division two Land Marine Cup final 3-0 (25-19, 25-9, 25-15) to book their place in the top flight next season.

Gold medallist with the country’s women’s team at the IOIG in Mauritius in 2019, captain Vanita Rose was delighted with the victory.

“The competition was not tough and we played well since we have some good players on the team. We also made the most of the easier route to reach the first division,” captain Rose revealed to Sports NATION.

She added that they will be taking part in the Seychelles Volleyball Federation (SVF) Cup to fine-tune their game ahead of the start of the new season in September. 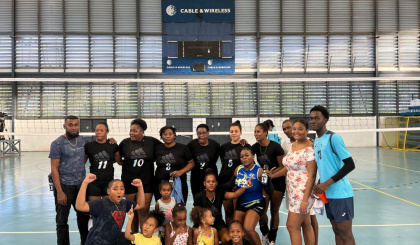 Arsu have retained the women’s division one title 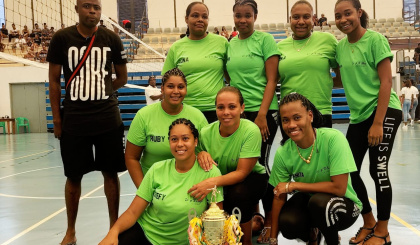 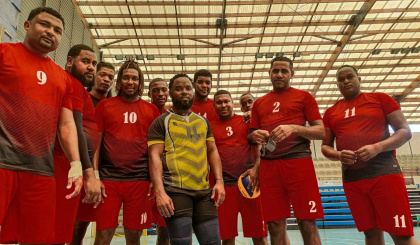