The tournament will run over two days ‒ on June 29 for the league games and July 3 for the semifinals and final.

Four league games were played on June 29 one of which was the game between Vijay vs Narayan XI.

Narayan Xl won the toss and chose to bowl first. They started off bowling well picking regular wickets and restricted Vijay to a modest total of 40 runs in their allocated 10 overs thanks to some tight bowling.

The best bowler for Narayan Xl was Vanita Varsani who bowled 2 overs and gave only 5 runs and took two wickets. She was supported by Vasanthi Patel, Malshini Senaratne and Kantaben Hirani who took one wicket each.

In reply Narayan XI batters started well and despite some critical breakthrough wickets taken in the middle by Vijay bowlers, their batters completed the chase in only 6.4 overs thanks to a game-changing knock by Malshini Senaratne who scored 19 runs off 10 balls, hitting 3 fours and 1 six to get to that score. The pick of the bowlers for Vijay was Dipa Bhudiya who bowled 2 overs and gave 11 runs and took 3 wickets.

Another game on the same day was between ISS (International School Seychelles) Girls and Deevas Queens. ISS won the toss and decided to bowl first.

Deevas started strong with their opening batters and ISS bowlers had no answer for their aggressive batting as they scored a formidable total of 78 runs off their allocated 10 overs with the loss of only one wicket. The best batter for Deevas was Ruhishree Pandurangan who top scored with 34 runs in 26 balls which included 7 fours and she was well supported by Nithya Selvakumar who made 14 runs off 14 balls.

Only one bowler from ISS managed to pick up a wicket and that was Thilakshana Gunaseelan.

In reply ISS could only make 30 runs off their allocated 10 overs for the loss of 5 wickets thanks to some tight bowling by Deevas bowlers and the best among them was Anju who bowled one over taking 2 wickets for only 1 run followed by Nithya Selvakumar, Annithaaraj Kannan and Keth Figaro who took one wicket each. For ISS, their best performers were Shamara Adam, Nikita and Dilakshana Gunaseelan who faced 13, 10, 11 balls respectively.

The match ended with a comfortable win for Deevas Queens by 48 runs.

The other group game played was between Kilo Game A and Kilo Game B. Kilo Game A batted first and put up a very good score of 82 runs in their allocated 10 overs for the loss of only 3 wickets. Their best batters were Pauldina Lajoie, the opening batter who scored 12 runs off 10 balls and scored these runs with 3 fours. She was supported well by Juliette Insenga who scored 7 runs and faced 12 balls.

In reply, Kilo Game B only managed to score 48 runs in their allocated 10 overs. Lindy Joubert top scored for her team with 10 runs including 2 fours and Kella Low-Fock helped hold the fort by facing many balls and not giving her wicket away.

The other game played was between Roaring Lions and Kilo Game A. Lions batted first and made a mammoth score of 93 runs in their allocated 10 overs, thanks greatly to their top batter Manisha Kanbi who made 35 runs off 19 balls and most of her runs came in 32 of which were 8 fours.

In reply Kilo Game A scored 59 runs thanks to an excellent opening stand by Pauldina Lajoie who made 15 runs in 13 balls with 3 fours and Tian who scored 19 runs off 21 balls. Kilo Game A had a fight back towards the end from their batter Swathi Venkateshwaralu who made 5 runs with a four, however this couldn't stop the Roaring Lions from running away with victory by 34 runs.

At the end of the day, the stage is set for the semifinals and final to be played on July 3 at Persévérance cricket ground at 9am.

The Seychelles Cricket Association (SCA) would once again like to take this opportunity to thank its sponsors ‒ P & J Supplies (PTY) Ltd and Dijan Constructions ‒ and all the players and their family members who made this event a successful one. 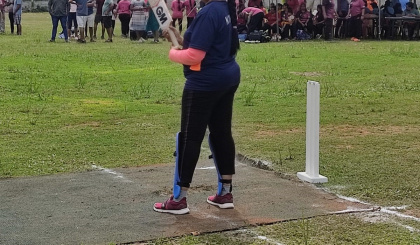 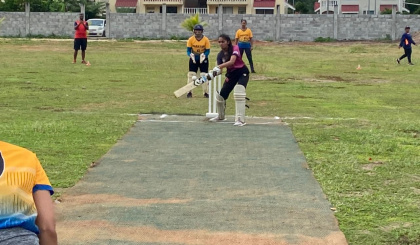 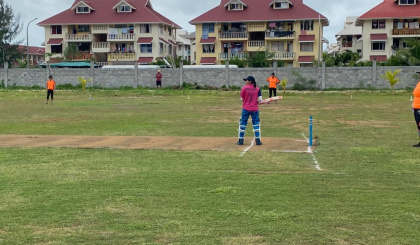