Convict makes productive use of his prison time |22 June 2022 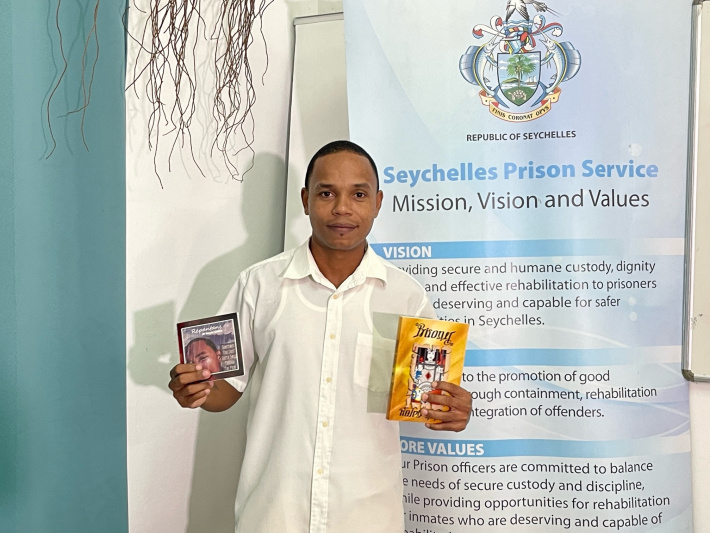 Rather than just serving his sentence idly, Benjamin Ralph Sarah, an inmate at the Montagne Posée prison, has written a memoir and put a new single on CD.

In an interview with the media this week to introduce his works, Mr Sarah said both the book and single will be officially released on July 18 in a ceremony at the University of Seychelles campus, Anse Royale.

The book is titled ‘Prisoner’ while the single comes under the title ‘Repantans’.

Thirty-eight-year old Mr Sarah began writing his book two years after being incarcerated in January 2020. The book is written mainly in English, but has a few parts in French and Creole.

Mr Sarah worked alongside renowned Seychellois writer Robert Mondon, who guided him through the process of writing his book and illustrated the book cover.

He stated that he wrote the book and composed the song to depict his life story and the events that led up to his incarceration.

“My book speaks of my life and my way of living that made me end up here in prison, but it’s also based on our culture and a bit on the history of Seychelles,” he said.

He went on to say that his book explains the mistakes he made and hopes this will help the younger generation, including his three children, to learn of the consequences that their actions may have on their lives.

Mr Sarah mentioned that the main inspiration behind his book is former South African president Nelson Mandela, who spent the majority of his life fighting for freedom, justice and democracy, even after his sentencing.

For this reason, through the telling of his own story, he urges other inmates to actively participate in the prison rehabilitation programme so that they may become responsible members of society.

“I’m not telling people to believe me. This is my story. My message in my book is for inmates,” he exclaimed.

“It takes a professional author five or six months to write a book, but it took me two or two and a half years. It was very tough, not easy at all,” Mr Sarah remarked.

He noted that, as an inmate, lack of internet access for his research and getting his book registered for copyright, were the difficulties that he faced. However, his motivation was the other inmates who would benefit from hearing his story.

Currently, the book and CD are available with Mr Sarah’s agent, Joseph

After getting the book printed in Dubai, he plans to have them sold online, at the Seychelles Airport and in some souvenir shops around the island, at a price of $50 (about R665).

He also said that, as part of his marketing strategic plan, he hopes to extend into other rehabilitation prisons in countries that are part of the United Nations, as well as seven hundred thousand hotels around the world.

He explained that he received a lot of support from his family, as well as financial funding from the president of the Republic of Seychelles and the fourteen inmates who were also part of the Prison Rehabilitation Programme.

As part of the ‘Project Phoenix’ in the Resettlement Day Release Camp, they jointly donated a sum of R2,650 to help fund his book.

He is grateful to everyone who helped fund this project and for the team that helped make it happen.

In particular, he gave special thanks to his agent, Jimmy Finesse, Mr Mondon and Karen Domingue (his legal advisor).

Mr Sarah is expected to be released from prison next year and he urges anyone who wishes to sponsor his project to contact Mr Sinon. 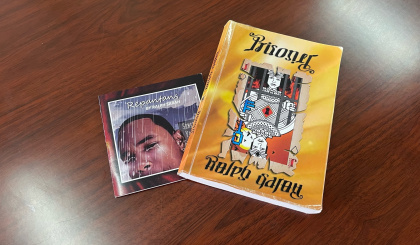 A copy of the book and CD (Photo: Sylia Ah-Time)