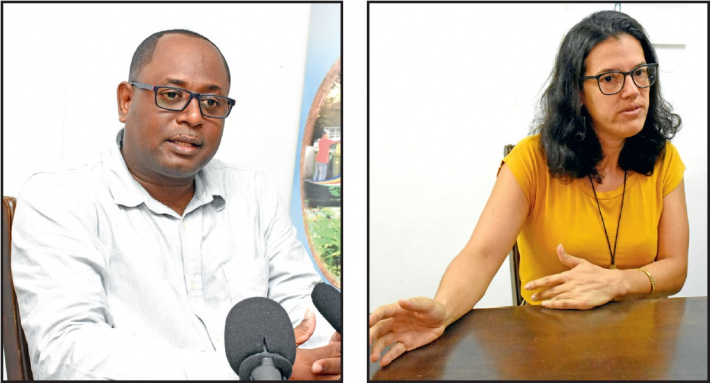 For the last few years, instead of having one big Clean Up the World Campaign in September, the Landscape and Waste Management Agency (LWMA) decided to have four campaigns during the year – March, June, September and December. But now three campaigns, except the September one, will be called ‘Clean Up Seychelles’.

This was announced by the deputy chief executive of LWMA, Rahul Mangroo, in a press meet last Wednesday.

“Clean Up Seychelles is geared towards domestic households and cleaning the residential areas. And this year we are adopting a new system where the person has to sort out their garbage. As citizens we have to take ownership of our garbage as we take care of the cleanliness of our residences. To facilitate the process, we are asking the population to sort their waste into different categories – bottle/glass, e-waste, food waste etc and the landfills on Mahé, Praslin and La Digue will be open free of cost for the three days from 8.30am to 3pm. We also ask the public to come with another person to help them dispose of the waste.”

Camille Mondon, in charge of the implementation of the solid waste master plan added that the aim of LWMA is to reduce waste generated from the households by facilitating the sorting activity before.

Has the LWMA noticed an increase in electronic waste? Ms Mondon noted that “before the electronic waste such as washing machine, microwave oven, and fridge were included in bulky waste. Now LWMA will start noting down the amount of these types of waste in order to better help other authorities take decisions on the quality of products entering the country”.

LWMA has changed the days for the clean-up as usually the campaigns were on Friday, Saturday and Sunday but this time it will be held on Saturday, Sunday and Monday. This is to basically give more time to people to sort out their waste.

“For sure this is a new system and we will keep educating the people of doing so. It is a learning process for all and LWMA will keep on with the education process and we hope one day, we will see less waste collected,” Mr Mangroo said.

During the last cleaning campaign, LWMA collected some 37 tonness of waste. The public on all the three islands are being urged to make use of this free access to sort their garbage and bring them to the landfills. The state of the landfills on Praslin and La Digue are still ok but the ones on Mahé are reaching saturating point. Something we all need to consider!

The commercial users will still have to pay to access the landfills.