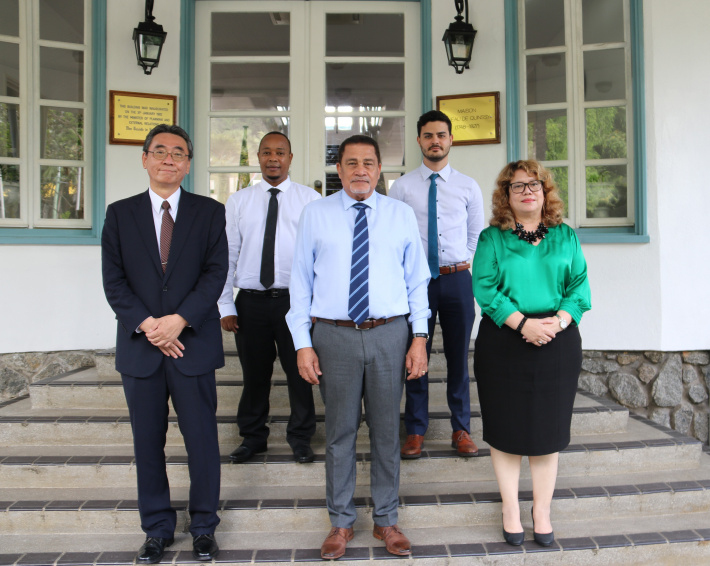 During the meeting, Minister Radegonde reassured Ambassador Kato of the department’s full support throughout his tenure.

“Japan is a very valued partner for Seychelles, and we will continue to work with you to deepen our excellent relationship,” said Minister Radegonde.

Japan has always been active in contributing to Seychelles’ socio-economic development. Key areas include the fisheries sector which it has supported consistently over the years, and capacity-building opportunities – via short and long-term training across various regions under the Japanese International Cooperation Agency (Jica).

Minister Radegonde and Ambassador Kato also addressed the connectivity challenges between Seychelles and Japan to help boost the Japanese market in the country.

Other topics discussed were upcoming high-level events such as the Eight Tokyo International Conference on African Development (Ticad8), due to be held in Tunisia later this year, and Expo 2025.

Ambassador Kato replaces Ambassador Makoto Tominaga and is based in Seychelles as the chargé d’affaires en pied of the Japanese embassy.

Also present at the meeting were the principal secretary for Foreign Affairs, Ambassador Vivianne Fock-Tave, and senior officials of the Foreign Affairs department.