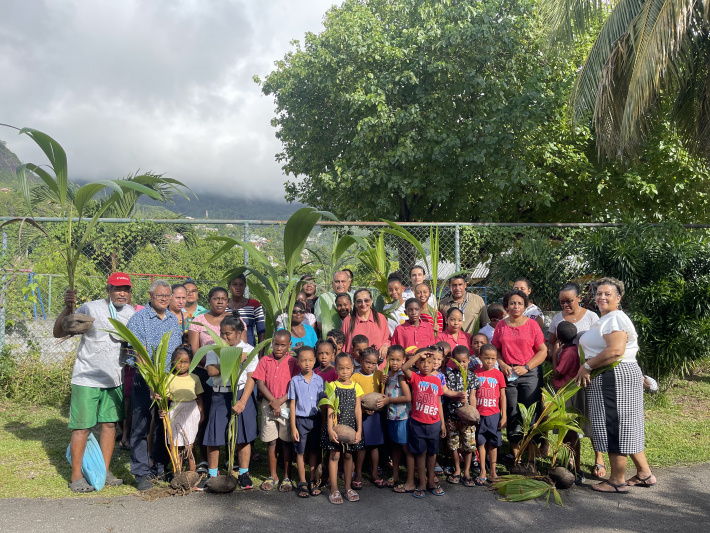 To celebrate Environment Day on June 5 and International Ocean Day on June 8, a tree-planting activity was organised yesterday morning at the Les Mamelles crèche as well as part of the Children’s Festival.

This activity was conducted by the youth and sports department in collaboration with the National Council for Children (NCC), the Ministry of Local Government and Community Affairs and Gonzague Dailoo from ‘Zanfan Losean EZ’.

The students who took part in the tree-planting activity were from crèche, primary and secondary schools of Les Mamelles, Plaisance and the School for the Exceptional Child.

In total, around 75 coconut saplings were planted around the Les Mamelles crèche and its close surroundings.

Mr Dailoo stated that his association is fighting to help reduce global warming by including a tree- planting activity in all its programmes.

“The only thing that can save the world from climate change is trees because trees stop the ground from warming up. All the kids whom I invited here are climate activists.

“Here, we’ve planted orange coconut so that the children can in the near future enjoy drinking the coconut water,” Mr Dailoo said.

He also added that the different saplings they planted are those which can produce food, which is why they do not plant flower trees.

Yasmin Umarji, chief executive of NCC, has urged the public to do their best to protect the environment for the sake of the children’s future.

“Our children need this. We need to protect the environment so that our children can benefit in the same way we are benefitting from it,” she said.

The accompanying photographs show highlights of the tree-planting activity. 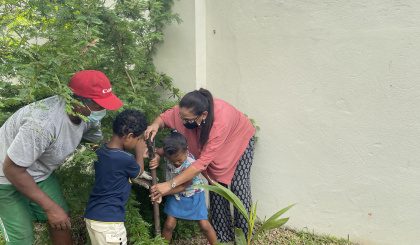 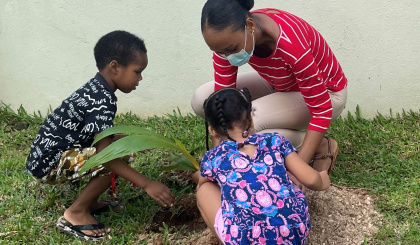 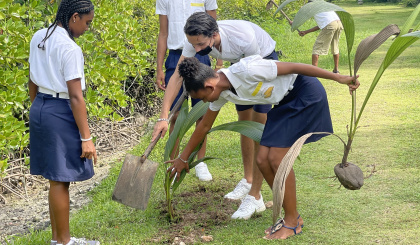