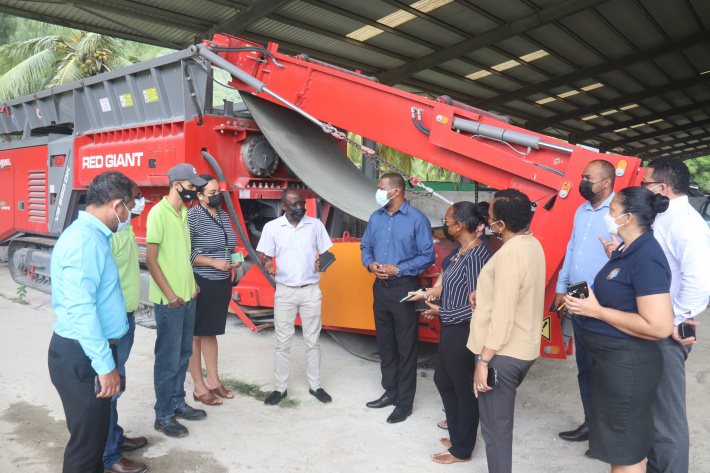 Waste shredder to be operational soon, confirms the LWMA

The Committee on Government Assurances of the National Assembly yesterday visited the Department of Landscape Waste Management Agency where members received more information on a waste shredder purchased in 2019, which to date is still not operational.

The visit was in relation to a question from the elected member of the National Assembly (MNA) for St Louis, Sathya Naidu, during the sitting of March 11, 2021 in relation to the waste shredder purchased by the Landscape and Waste Management Agency (LWMA) in 2019 at a cost of R9.9 million.

The Red Giant shredding machine was jointly funded by the Environment Trust Fund and the government of Seychelles.

Mr Barra explained that the delay in operation is mainly based on the fact that the site where the machine is located was still being administered by Star Seychelles and that now everything has been formalised with the first phase of the tender process completed.

He explained that three out of ten potential bidders met the criteria for operation, while the second phase will include a training programme which will conducted by the manufacturer.

Mr Barra also explained that the trainer will arrive in the country on June 24, while as part of the conditions, the successful bidder will have to employ a technician, mechanic or engineer certified by the Caterpillar company.

He also explained that since the shredder arrived in the country in 2019, it is the Henri Fraise Fils & Cie (Seychelles) Ltd – the sole authorised distributor in the Seychelles for the Caterpillar Brand – that has been overseeing it, ensuring that it stays in perfect running condition.

The Red Giant shredder is a product of the German-based Hammel Recyclingtechnik GmbH, and it comes with a newly designed discharge conveyor with a discharge height of approximately 5,000 millimetres, which allows more room for sorting the material after shredding.

According to Hammel, the shredder is characterised by a hydraulic system of the latest generation, which allows a much higher nominal torque on the shafts compared to the previous machines.

Its engine speed has been modified to reduce noise, while the shredder comes with the “easy to use control”. 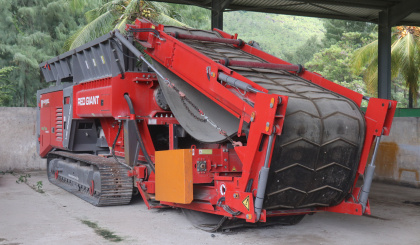