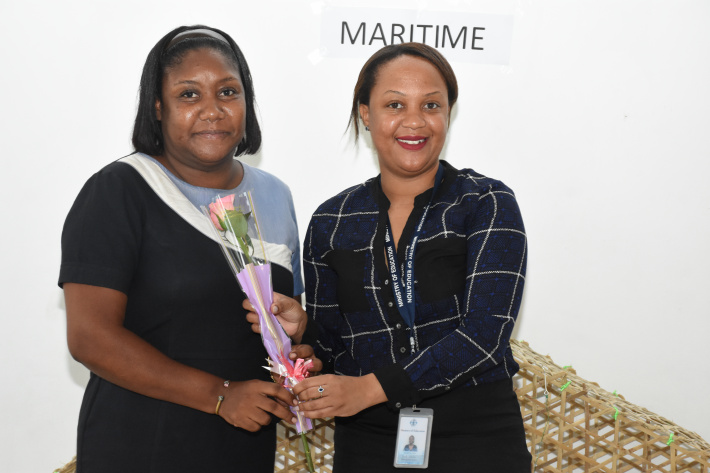 A special event was organised yesterday at the Seychelles Maritime Academy to commemorate the International Day for Women in Maritime, which falls today, May 18.

The event, the first of its kind, was put together by the Association of Women in the Maritime Sector in the Eastern and Southern Africa Region (Womesa) under the auspices of the International Maritime Organisation (IMO).

This year’s theme for the day is ‘Training-Visibility-Recognition: Supporting a barrier-free working environment’.

The observance celebrates women in the industry and is intended to promote the recruitment, retention, and sustained employment of women in the maritime sector, raise the profile of women in maritime, strengthen IMO's commitment to the United Nations Sustainable Development Goal 5 (gender equality) and support work to address the current gender imbalance in maritime.

The resolution invites the IMO member states, the maritime industry, and all others in maritime to promote and celebrate the International Day for Women in Maritime in an appropriate and meaningful manner.

During the ceremony – attended by the principal secretary (PS) for Education Services, Merna Eulentin; PS for Civil Aviation, Ports and Marine, Alain Renaud; Commander of the Seychelles Coast Guard, Colonel Jean Atala; the chief executive (CEO) of the Seychelles Maritime Safety Authority, Captain Joachim Valmont; the director of the SMA, Captain Aruna Herath; the CEO of the Seychelles Ports Authority, Ronny Brutus; acting CEO of Seypec, Sarah Romain – all the ladies were presented with a token followed by talks from various women in the maritime sector.

PS Eulentin stated in her speech that more than ever “I think more men need to invite more women to the table, in the boardrooms and on the management teams. We are in 2022 and it’s not good enough for anyone to try the excuse ‘We couldn’t find any women’. Women, it’s time to say yes to every invitation to participate or to speak. Occupy more space, be visible and become a role model to everyone in your surroundings. We have an exciting journey in front of us, together with the other maritime professionals”.

“Today we can rejoice in the presence of women on ships. However, the realities experienced by these women on board should not be ignored. The seafaring profession is still a strongly masculine environment where women can be victims of discrimination and harassment, both verbal and physical. The admission of women on board ships presupposes consideration of women's realities and an adaptation of the law to said realities. In our opinion, this raises the following questions: how does the law adapt to the feminisation of ship's crews? What protection for this minority that constitutes the female sex within the crews? Questions for reflection!”, she exclaimed.

The chairperson of Womesa, Dericka Figaro, talked about a comprehensive approach involving all sectors and maritime partners, and the efficient use of their resources, are required to secure our ocean and the maritime sector.

“We are a small island developing country with limited resources. For this purpose, empowering women in the maritime sector means progress for all!” She mentioned that this is needed to benefit our economies and environment.

Ms Figaro also noted that the Seychelles maritime sector looks like a promising source of future excellent employment and career opportunities for women but that it should be encouraged to develop its full potential by making modernised training more available for the existing workers in their various fields.

“We need to make a platform for our vocational students to also do a degree in any maritime course. In all, we will need the continued support of government and maritime partners in creating a conducive environment for educative growth and progression in career path for women,” she said, emphasising that students need to make the most of the courses offered by IMO.

One of the problems brought up by Ms Figaro was that women in the maritime sector, which is male-dominated, need to be made more visible and recognised in the maritime community, in order to be represented at decision-making levels.

She congratulated acting CEO Sarah Romain and deputy CEO of the SMSA for their hard work, saying “they are truly inspirations for our female students and other women in the sector”.

Ms Figaro strongly urged other women in the sector to “take a step forward”, “be a voice” and “be an inspiration to other youth and colleagues to join the sector”.

During the assembly, two young women spoke of their journeys as female learners at the SMA. Eltina Dorizo, who comes from Praslin, is currently following her second year in the Advanced Certificate in Fisheries Science course. “It was a joyous day in 2021 when I received the acceptance letter to follow the programme at SMA,” she said, adding that she has been elected as the chairperson of the learner’s council this year and that her aim for the future is to gather enough experience and do her best academically.

Currently following the Fisheries Technology apprenticeship course at SMA, Pearl Delorie said that she was proud to be doing something she loved.

She mentioned that she faced several obstacles while entering this field as it is commonly regarded as men’s work.

“I have always loved the ocean and dreamed of having a career in the marine domain.”

The students of SMA had an interactive session with the public demonstrating knot tying skills, threading the hook, etc.

The maritime sector is of crucial importance to modern societies. 90 % of world goods are transported by sea. Nevertheless, the general public has limited perception and appreciation of its influence and role as an essential element in terms of social and economic development, and as a potential source of excellent employment and career opportunities, with several million people currently working in activities and companies, directly and indirectly, related to oceans and seas worldwide.

Within this historically male-dominated industry, the International Maritime Organisation (IMO) has been making a concerted effort to help the industry move forward and support women to achieve a representation that is in keeping with 21st Century expectations. IMO strongly believes gender equality has better economic growth. For this reason, the IMO Assembly has adopted a resolution during its 32nd session held from December 6-15, 2021, proclaiming an International Day for Women in Maritime, to be observed on May 18, every year.

Womesa was formed as a regional organisation under the auspices of the International Maritime Organisation (IMO). It continues to strive in promoting women’s access to quality employment and opportunities in key decision-making positions within the maritime industry. In the spirit of leaving no one behind, Womesa-Seychelles is guided by strives to adhere to SDG 5 on the attainment of gender equality in the maritime sector. Achieving the above-stated goals will not be possible without the support of our stakeholders and most importantly the support of the government. In Seychelles we have women working in shipping, port, maritime transportation, maritime education, maritime security, law enforcement, fisheries, marine environment, maritime law, Maritime Safety Authority, Blue economy, and so many more.

The accompanying photos show some highlights of the event yesterday. 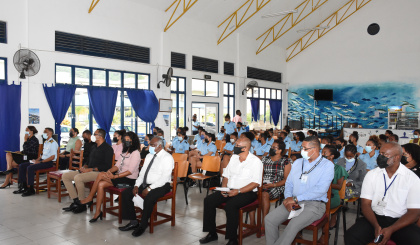 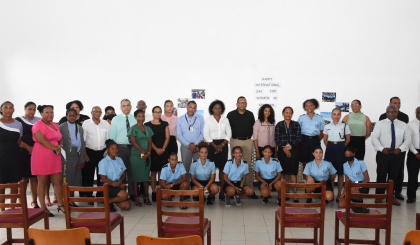 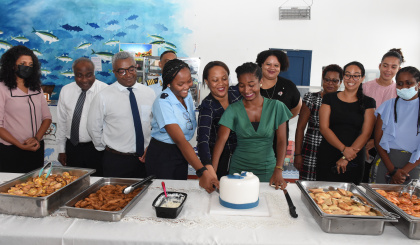 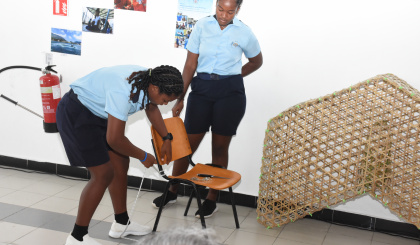 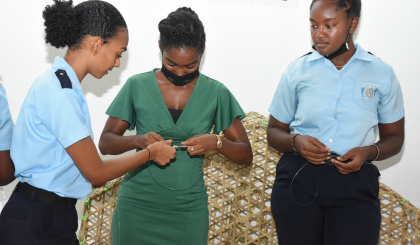