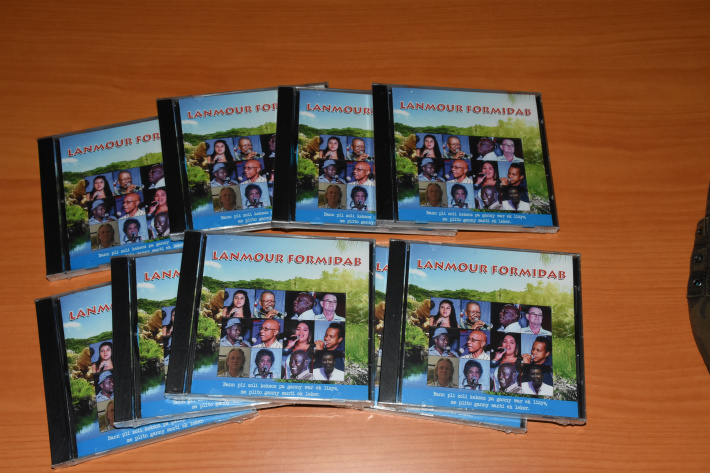 If a love for music is not enough to convince you to buy an album for your personal collection, supporting a great cause should suffice!

The Seychelles Stroke Foundation, a non-governmental organisation (NGO) established in 2018 primarily to raise awareness about stroke and to provide support to families and loved ones of victims of stroke, is selling a 12-track CD album with the aim of raising funds to support the organisation’s activities.

The CD entitled Lanmour Formidab features 12 songs by numerous renowned Seychellois artists who generously authorised the reproduction of their songs to be featured on the album towards a good cause.

Chairperson of the foundation, Noemie Woodcock, stated that since its release, the CD has been selling quite well on the local market.

“We appreciate the kind gesture of the artists and all proceeds will go towards the good cause for other activities to raise awareness of the symptoms of stroke, healthier lifestyles and to support victims of stroke and their loved ones,” Mrs Woodcock noted.

The album is available from the foundation at R100 and all proceeds will go towards the organisation for future activities to raise public awareness about strokes, the symptoms of stroke as well as the promotion of healthy lifestyles.