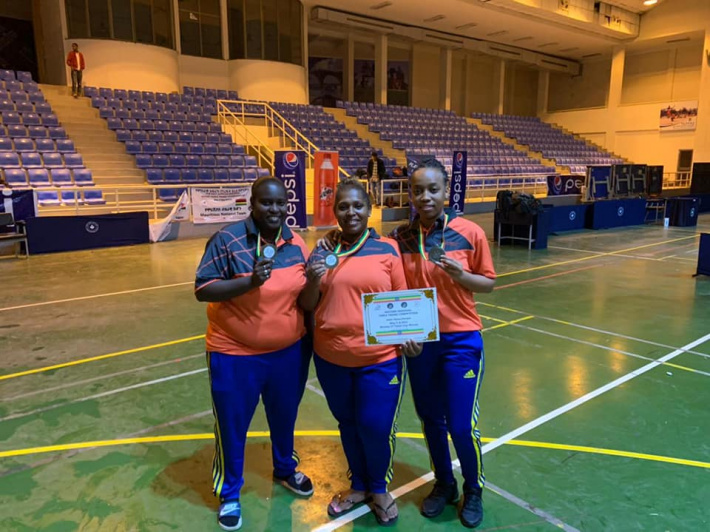 Members of the Seychelles women’s team with their bronze medal

The country’s bronze medal was won by the women’s team of Christy Kilindo, Laura Sinon and Anniessa Benstrong who beat Uganda 3-2 in the third place playoff.

Drawn in pool A, Seychelles lost to Mauritius and beat Djibouti to finish second before meeting pool B winners Ethiopia in the cross knockout semifinal. They lost and meet Uganda in the bronze medal match.

The women’s team gold medal was won by hosts Ethiopia who beat Mauritius in the final.

Seychelles were also represented at the championship by three male players ‒ Godfrey Sultan, Mick Créa and Dorian Banane. Samantha Aglaé was the head of the country’s delegation whose members took part in both the individual and team competitions.

Four of the six players who took part in the championship have already earned their places at the Commonwealth Games in Birmingham, England from July 28 to August 8, 2022.

Sultan qualified based on his world ranking, while Sinon, Kilindo and Créa received wild cards.