Seychelles is being represented at the Eastern Africa World Table Tennis Championship Finals qualification in Ethiopia.

The competition started yesterday and will end on Sunday May 8. The team are expected back on Tuesday May 10.

In the team event, the Seychelles men’s squad will play in group A alongside Uganda, Eritrea and Rwanda. Group B is made up of Djibouti, Mauritius, Ethiopia and Comoros.

The Seychelles women’s team have been drawn in pool A with Mauritius and Djibouti, while Ethiopia, Eritrea and Uganda play in pool B.

Meanwhile, four of the six players have already earned their places at the Commonwealth Games in Birmingham, England from July 28 to August 8, 2022.

Sultan qualified based on his world ranking, while Sinon, Kilindo and Créa received wild cards. 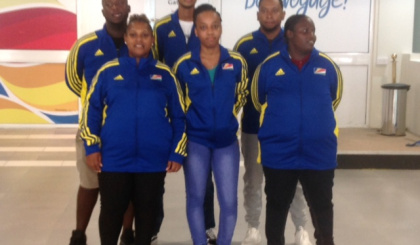