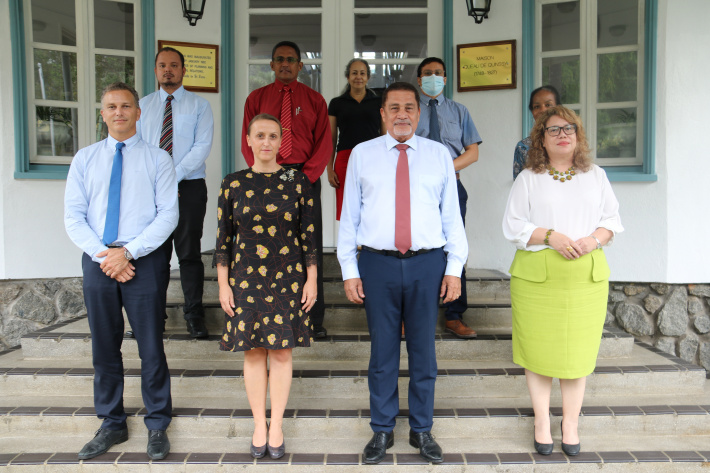 Ambassador Leligdonovà was accompanied by the Honorary Consul for Slovakia, Guillaume Albert.

The meeting addressed matters of mutual interest, and highlighted various interests shared between Seychelles and Slovakia such as the protection of the environment, climate change, renewable energy, education and capacity building. The possibility of having a joint general cooperation agreement and receiving scholarships from Slovakia were also discussed. It is to be noted that there are 26 Seychellois students currently studying in Slovakia on government of Seychelles scholarships.

Also present during the meeting were the principal secretary for foreign affairs, Ambassador