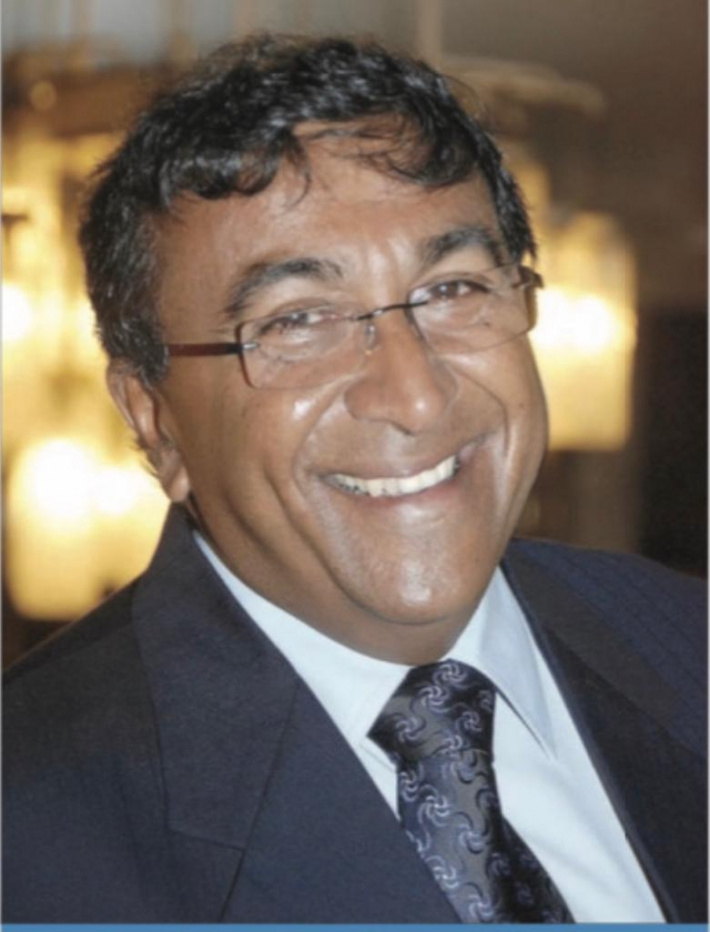 ‘I was impressed by the court proceedings in Seychelles’

One of the prominent features of the recent Thomas Debatisse murder trial was the evidence given by Dr Satish Boolell, an international forensic doctor who came to Seychelles to present his views and analysis on the initial laboratory post-mortem examination.

His professional approach and unequivocal explanations contributed largely to tilt the balance in favour of the Frenchman who was accused of murdering his girlfriend in May 2021.

Seychelles NATION met with Dr Boolell after the verdict and his comments are still very pertinent.

Dr Boolell:I qualified as a doctor at the Royal College of Surgeons in Dublin and post graduated in Forensic medicine at the University of Sheffield. I also received training in army medicine with the US Army and in aviation medicine with the Indian Air Force. I had an early retirement as head of the Mauritius police forensic department to join politics, was elected as a member of the National Assembly in Mauritius but was later defeated in the following term. Since my retirement I have worked as medical adviser to a major insurance company, and I have provided forensic expertise service on a freelance basis in the Indian Ocean countries including Madagascar and Reunion.

Seychelles NATION: Was the choice to become a forensic doctor a clear one in your mind when you studied medicine?

Dr Boolell:To be very frank I did not quite enjoy medicine as a career and was always on a lookout for a change. Forensic medicine provided me with the opportunity to associate my original choice of subject which was the practice of law with my medical career. I have no regrets though forensic practice is in many ways quite complicated and controversial.

Seychelles NATION: You must have witnessed many high-profile murder cases?

Dr Boolell:Working in forensics in a small country exposes you to a wide range of cases where you must decide on the outcome. The buck stops at you as opposed to the wider British medium where you are part of a team working under the joint responsibility of the Home Office, the universities, and the coroner. Consequently, I have been exposed to VIP cases with counter experts coming from Europe. There are times when life became hell in the face of mounting criticism from the media. Accusations of being partial to the State were common and convincing public opinion of my impartiality was almost a routine exercise. Some cases in Mauritius which spring to my mind are Hizbullah killings, the blood path of an extremist death squadron and in a more mundane style, the deaths of the close family of a Secretary for Home affairs in a fire. In all, I have dealt with hundreds of cases.

Seychelles NATION: You are also a writer of two books which relate some of your personal experience. Can you brief us on these books?

Dr Boolell:Initially I had meant to write my biography and share my experiences. When the first book Forensics in Paradise (A Mauritius Odyssey) came out it had a resounding success. People were thirsty for the criminal voyeurism it provided, and the book had a wide audience both in the diaspora but in connoisseurs of juicy crime stories. Its tropical flavour attracted an audience which include some film script writers. Inevitably there was a demand for a second book.The Scalpel and the Pen (Forensic Secrets of Mauritius) was launched before the first Covid confinement wave. I hope to have a third book out by the end of this year.

Seychelles NATION: How come you were involved in the Thomas Debatisse case in a Seychelles court?

Dr Boolell:Despite being from a different political obedience than mine, the Mauritian Attorney General asked me if I were agreeable to talk to a Seychelles criminal lawyer who needed a forensic expert in the region. Counsel Basil Hoareau then called me for a first briefing on the case. I was impressed with his interpretation of the case which needed medical vindication.

Seychelles NATION: How did you proceed with the examinations without actually performing an autopsy on the body?

Dr Boolell:I always prefer conducting my own counter autopsies. Life is much easier afterwards. But in the absence of a body to dissect, I analyse the findings of my colleague, review his reports and his laboratory conclusions. Photographs are of the utmost importance with their two-dimensional view offering more information than the actual live examination.I never challenge my colleague’s findings but only his interpretations and conclusions. As they say, what he sees a glass, which is half empty, I may see it as a glass which is half full.

Seychelles NATION: Is this a common and acceptable practice worldwide?

Dr Boolell: With the increase in world crime and disasters, a competent expert will never be able to physically attend to all cases. I have been approached at one time to attend to the mass graves In Bosnia. I refused for family reasons. Nevertheless, I could have given my views on the mode of death. So, it is a common and acceptable practice worldwide.

Seychelles NATION: What were your broad findings? As a defence witness, were you not quite subjective?

Dr Boolell:My broad findings were a straightforward case of suicidal hanging which was being interpreted as ligature strangulation without any reasonable scientific basis. When the defence contacted me, I informed the lawyer that after analysis of all the materials provided to me, mainly the Seychelles official autopsy report, I was agreeable to be on board. I was neither subjective nor was I a medical mercenary at the mercy of my employer. I did not even ask to be paid before I deponed. My fees were settled long after I left the Seychelles and before the verdict.

Seychelles NATION: In hindsight, what reading you make of the court proceedings in that case? How did you get the attention of the jury and how far you believe you convinced them? Was your live evidence an important contribution?

Dr Boolell:I was impressed with the court proceedings. The court was an institution which commanded respect and well kept on its toes by a fair judge. His Lordship gave me all the latitude and respect which an expert deserves. And there was not even a whiff of partiality. The jury consisted of a set of intelligent men and women who followed the proceedings with an intensity rarely seen. They questioned me after my deposition and left no stone unturned to clear any apprehensions. Sincerely this is by far one of the best juries I have had the chance to serve, and God knows how many juries I have had the opportunity to serve in my thirty-year career. I suspect that they too may have seen in me an independent witness and felt that I was a witness of truth. Live evidence is always better than video conferencing. It helps His Lordship and the jury to appreciate your body language and to look at you straight in the eye. I am of the view that my live evidence was a major element which contributed to the verdict.

Seychelles NATION: Are you convinced that justice had been done in this case?

Dr Boolell: I am an experienced forensic expert and I have the firm conviction that justice has been done in this case. My sympathy goes to the relatives of the deceased, but we should not deviate from the blatant truths the facts of the case have provided. Settling personal scores is not the way to seek justice.

Seychelles NATION: How do you perceive a more dynamic cooperation in your field of forensic pathology between Mauritius and Seychelles?

Dr Boolell:There should be more cooperation in the field of forensics between Seychelles and the islands of the Indian Ocean. It is a dangerous situation to give the monopoly of forensic pathology to any one individual as this may spell tragedy in the long run. Thomas Debatisse is lucky that he has family and friends who supported him financially in his quest for freedom. The ordinary Seychellois who does not have the cash for counter expertise needs an efficient system at the very least to ensure justice.

Seychelles NATION: You are also a known political figure in Mauritius. What are the main principles guiding you in the political arena?

Dr Boolell:The mortuary and its transit residents have taught me that we are all equal and that death is the great equaliser. My political credo is to search for truth at any cost even if it does not always bring in the votes. Even if I am no longer a member of the National Assembly, I carry on regardless!