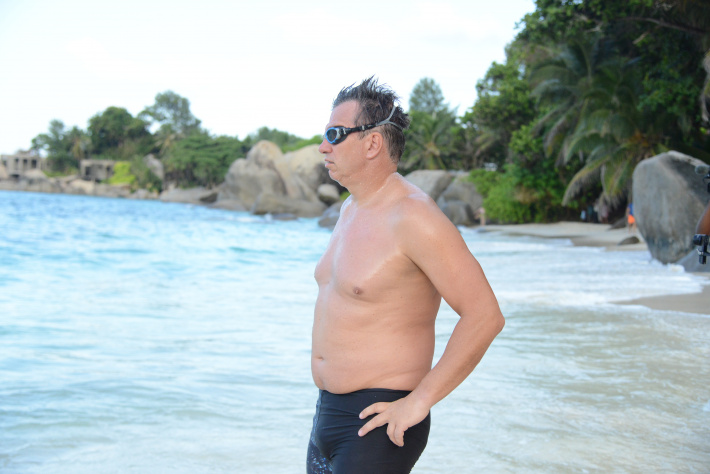 After about two hours of swimming from Carana beach, German swimmer André Wiersig unfortunately had to pull out of his Mahe to La Digue challenge.

The Open Ocean Project committee chairperson, Jean Larue said that the committee will provide more information once Mr Wiersig has undergone all the routine medical tests required after long swims.

"It is our understanding that due to bad weather the swimmer needed to be taken out of the water for his safety as he did vomit many times. He is safe at this stage. We will provide more information at a later stage," said Mr Larue.

Wiersig has expressed his disappointment at the turn of events, but says he remains determined to promote Seychelles’ efforts for sustainability focusing on the ocean.

The event was initiated in the spirit of the economic transformation agenda and the need to diversify the tourism and sports sector, by local affiliated private company Tour Bookers and the Seychelles Chamber of Commerce and Industry (SCCI), supported by the government of Seychelles and various other partners.

Marine ambassador for the German Ocean Foundation and Speaker, Wiersig is the first German swimmer and the 16th person worldwide who has successfully completed the Ocean’s Seven, the greatest world challenge in long-distance swimming. He is an ambassador of the German Ocean Foundation and is strongly involved in multiple ocean sustainability projects.

The swim was originally scheduled for Monday April 18 but to the weather conditions, it was postponed for a later date.

This was the first attempt by a swimmer to cross the 50km water channel between Mahe and La Digue.

Press release from the tourism department