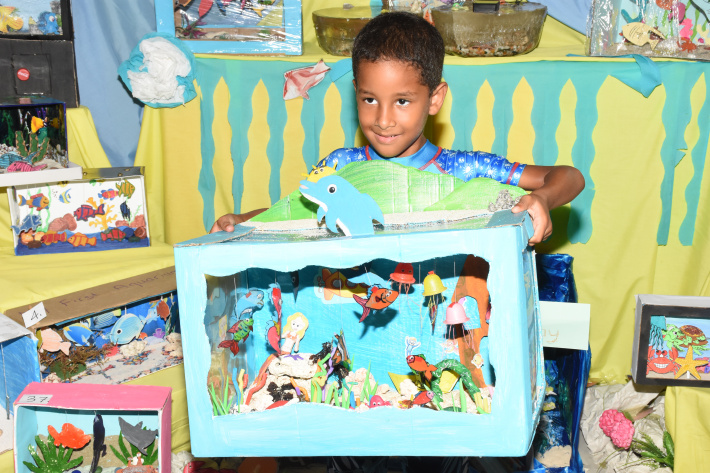 Pupils who took part in the ‘My Aquarium Project’ were rewarded on Tuesday in a ceremony held at the Plaisance crèche.

The grand winner for ‘My Aquarium Project’ was Jaden Vidot, second place went to Jarius Mitchel, followed by Danio Moïse in third place.

As prizes the pupils received certificates, books, puzzles and charts relating to the ocean and some swimming gears.

‘My Aquarium Project’ is a project that was initiated by the teachers of Plaisance crèche as annually crèche year one and year two has a specific theme to work on for each term. For the pupils in year two term one the theme was ‘The sea’. The teachers decided that instead of visiting the beaches due to the pandemic it was best to do something different.

The teacher in charge of the creche, Fiona Eulentin, said they wanted the pupils to interact more at home. The aim of the project was to first create moments between parents and children. Secondly to bring out the creativity of the pupils, thirdly to bring home what they have learnt in the classroom and fourth to develop the awareness of the pupils in regards to the sea. She added that with the heavy workload and busy life of the parents they don’t spend enough quality time with their children.

For the prize giving ceremony all the pupils who participated in the project received a certificate of participation.

The ceremony which comprised poems and songs by the teachers also saw a display of the aquariums that the children and their parents worked on.

The participants of the project had to follow a few guidelines which included using recycled materials, the more colourful the better and had one month to complete the project.

The deadline for submissions was between March 30 and April 1.

In total the crèche had a participation of 80 projects from the year two pupils. The aquariums were numbered instead of having the pupils’ names on to ensure that judging would be fair.

A total of 20 prizes were sponsored by both parents and teachers.

Ms Eulentin said that through the activity the pupils learned to appreciate what is in the ocean and to understand what creatures live there.

The aquariums on display showed all the different aspects of what the pupils have learned and at the end of the year the crèche hopes to have an exhibition of all the colourful works created by the children.

Also present for the prize-giving ceremony was the head teacher of Plaisance school, Therese Athanase, as well as parents and pupils. 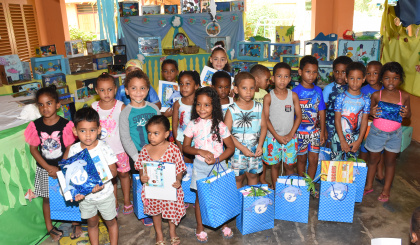 Souvenir photo of some of the competitors 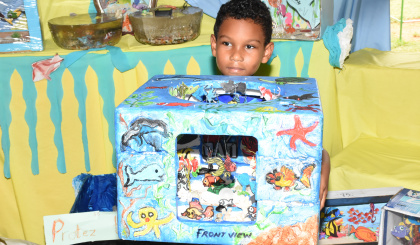 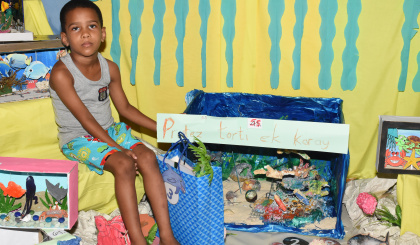 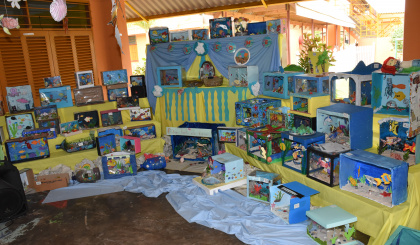