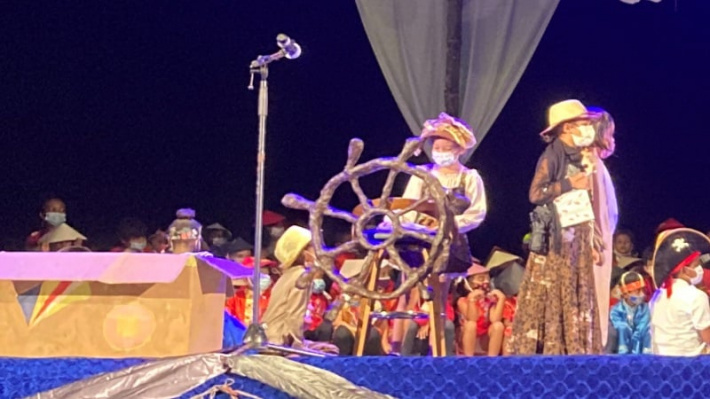 The world has seen a dearth of live theatre performances in the last couple of years, with theatre companies, youth groups and schools making do with online projects and film. This has tested even the keenest actors and directors.

The subject matter could not have been more perfect for an international school in the throes of a global pandemic. The plot centered on Captain Toby and his new shipmates Harriet Bloom and Mr Jungletrotter as they bravely delivered animals back to their home countries through storms and high seas. A problem baffled the sailors, however; what was this strange animal that they had found in the hold of the ship? And where did it come from?

Twenty-eight (28) year three pupils guided the audience through an hour-long journey to Nigeria, India, China, Antarctica and Peru, meeting children (and penguins) from each country as they travelled. The themes of connectedness and multiculturalism reminded the audience of times gone by, when international travel was a relatively normal affair. Moreover, the relentless care over endangered animals, and the respect for nature showed just how seriously the school takes the environment and its protection.

The staging was simple but showcased the range of ages brilliantly – five choruses of children looked in on the sailors as they sailed, creating a sense of global collaboration and goodwill. Each chorus delighted the audience with songs using languages from five different countries and dances to match. Each and every performer rose to the challenge of performing at ICCS and were a credit to themselves and the school.

The grand setting seemed to bring out the professionalism and maturity in the children, but what struck hardest was their enthusiasm for performing arts after such a long break. The majority of the children had never participated in a school play before, and all 280 seemed ready to begin rehearsals for another show as soon as feasibly possible. With such enormous potential, it is no wonder that they are already looking forward to their next exciting project. 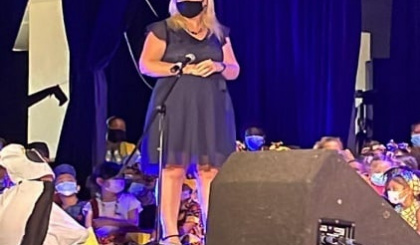 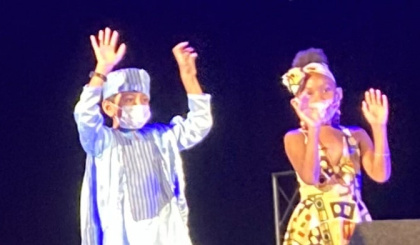 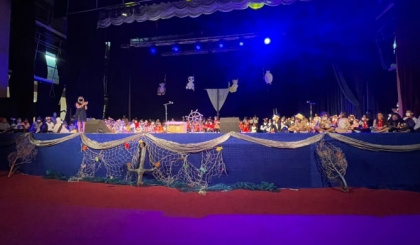