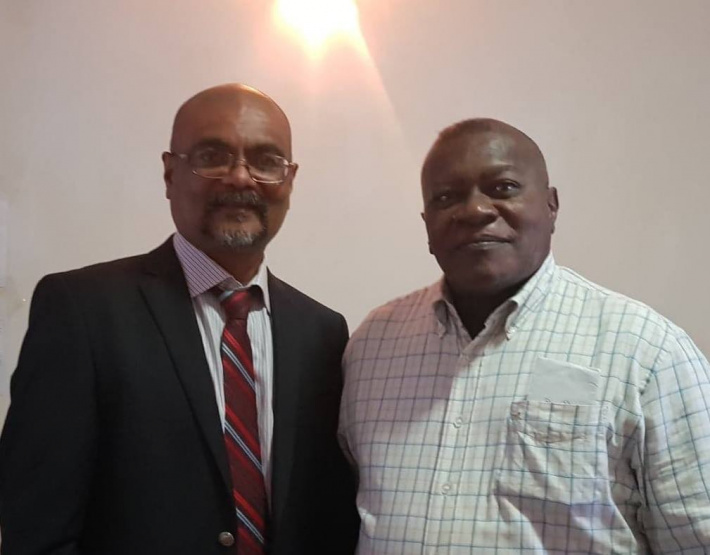 The Seychelles Karate Federation held its annual general meeting on Saturday March 26 at the International Conference Centre and Donald Celestine, head of the Joshinmon Shorin-Ryu school, was once again given the mandate to continue as chairman of the federation.

Each of the seven karate schools are allowed to have two representatives to serve on the executive committee (EC) and the office bearers are voted in by the members of the Seychelles Karate Federation (SKF). It should be noted that the EC has a two-year mandate and this year there are a few changes in its composition.

The vice-chairman is Phillip Moustache and the secretary general is Philip Verghese both from Seychelles Kyokushin-Ryu. Henry Nicette from Combat Tang Soo Do is the new assistant secretary general, Christopher Hoareau (Kimura Shukokai) retains his position as treasurer and the assistant treasurer is Martin Lebon (Ashihara Karate)

Karate is one of the sporting disciplines that have been earmarked for the Indian Ocean IslandsGames to be held in Madagascar in 2023.  The SKF is hoping that karate will be chosen by at least four of the participating countries and as the new season starts, one of the main objectives will be to get the national karate squad back into training and ready for the tournament.

Other competitions include the Inter-School Championships which is scheduled to be held in June and various international tournaments in Africa and Europe. Seychelles will participate depending on its financial situation as well as the Covid-19 status.