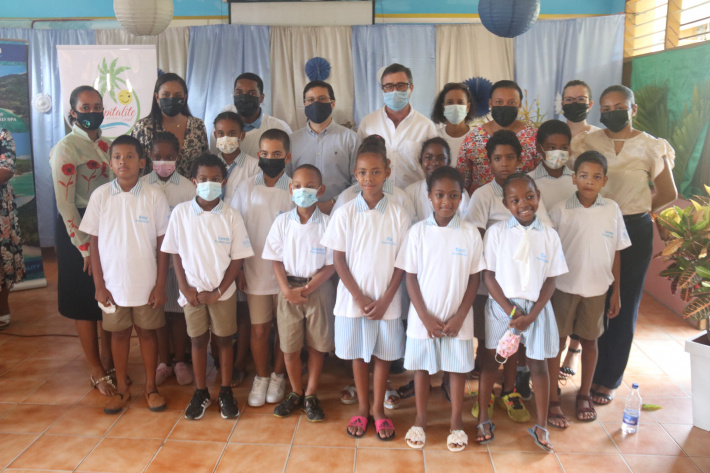 Club members in a souvenir photograph with guests

Tourism being one of the main pillars of our economy, it is crucially important to educate and stimulate awareness into the younger generation to sustain the industry, by triggering their interest for a career in hospitality and tourism.

With that in mind the Anse Etoile primary school – through the Ministry of Education – in partnership with the Hilton Hotels and Resorts, with the support of the department of Tourism have launched the Anse Etoile School Tourism Club to nurture the hospitality mindset among the pupils, giving them the proper foundation for a possible future career within the tourism industry.

The club, made up of pupils, parents and school staff, was officially launched yesterday in the presence of principal secretary for Tourism Sherin Francis, director general for Destination Planning and Development at the Tourism department Paul Lebon, the general manager at Hilton Hotels and Resorts Andre Borg, parents and partners.

In her opening address, head teacher Jacqueline Celestine noted that in everyday life, hospitality is the way we present ourselves to others, how we communicate to them, helping and serving them so that they find themselves valued.

Ms Celestine further added that a simple gesture, an advice or simply being there for someone can make a real difference in his or her perception of life.

She said the club will also enable pupils to develop positive values which will be demonstrated everywhere they may be.

“Being part of the club, pupils can identify the different work opportunities within the tourism industry at a very young age they can acquire knowledge and skills based on their future job,” she added.

Addressing those present, club coordinator Debra Forte noted that the school is very privileged to be adopted by Hilton Labriz Silhouette, not only because it is a wonderful hotel with a lot to offer, but also due to the fact that the hotel is on Silhouette whereby members of the club will have the chance to visit the island and learn about its history.

She also noted that he, together with the hotel and the Anse Etoile primary school want to build pupils’ interests in the tourism sector at very young age so that in the near future this sector becomes Seychellois-oriented.

On behalf of Hilton Hotels and Resorts, Mr Borg said they will provide all the support to ensure that the club becomes one of the most successful in the country, as well as internationally since it is an initiative that does not exist in other countries; therefore it should become an inspiration to them.

On her part, Mrs Francis said that it is very encouraging to see schools being supported by businesses playing an active role and taking part in the Lospitalite – Lafyerte Sesel promotion campaign.

She added that the Tourism department will provide all the support and guidance to help the clubs grow and stay active. 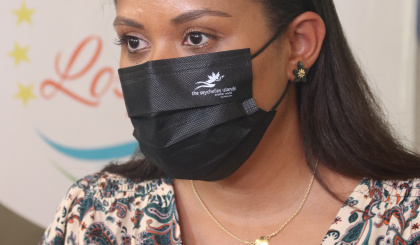 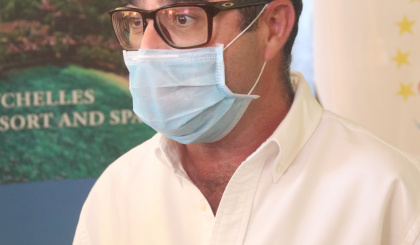