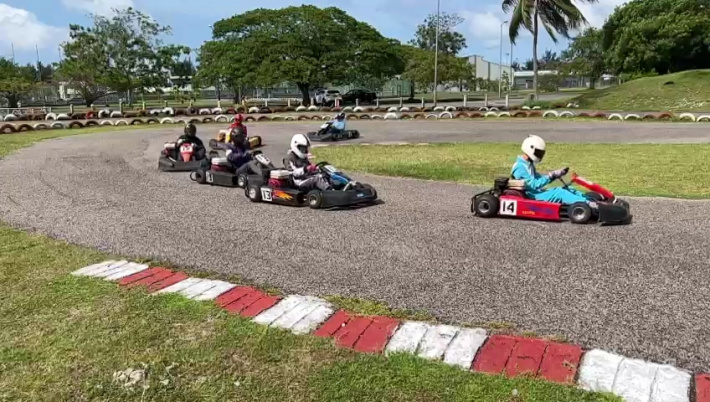 Enzo Lionnet became the latest winner at round two of the junior karting championship after an impressive win last weekend at the Champions Park Raceway, Roche Caïman.

Arth Shah held on to second place at the flag, making their championship table so close among the top three competitors.

The Lionnet twins ‒ Enzo and Delroy ‒ are making a mark in the junior championship this year, just two events after they were promoted to the class. In round one, Delroy took victory and last weekend it was Enzo’s turn.

With stiff competition from the other drivers, Enzo made sure to take the lead in the final and extend it as the race went on, but Arth Shah gave it all he had to keep up a reasonable challenge and was rewarded with second place and also set the fastest class time for the day.

As for Tamnay Raghwani, he was back up to speed in this round and claimed third position, while Delroy put a lot of pressure on himself leading him to commit some mistakes and finishing fourth. Darrel Gabriel seems to be running into a lot of bad luck so far this year and could only finish fifth. Johan Cadeau, who missed the first round, was getting to grips with the bigger machinery for the first time and took sixth place.