In about two weeks, on February 4, the 2022 Olympic Flame will be lit for a second time in Beijing. We will witness this ancient city with thousands-year history to be the first ‘Dual Olympic City’ in the world. After six years of efforts, preparations are basically all set. The three competition zones, namely the one in Beijing municipal city as Beijing Competition Zone, the one in Yanqing district of Beijing's suburban as Yanqing Competition Zone, and the one in Zhang Jiakou city of Hebei Province as Zhang Jiakou Competition Zone, are filled with tastes of Winter Games. All 12 venues will warmly welcome athletes from all over the world. Guided by the principle of “Green, Inclusive, Open and Clean”, we are confident to host the Beijing 2022 Winter Olympics in a simple, safe and wonderful manner.

The 2022 Winter Olympics will be the first Winter Olympics in China, while the history of China’s ice and snow sports is not that well-known by all. In fact, winter sports have a long history and a broad mass base in China. During the Qianlong reign of the Qing Dynasty in the 18th century, ice-playing sport was officially designated as "annual national custom". For centuries, the winter sports are well-received by Chinese people of all ages especially the people in the north of China.

Entering the 21st century, the Chinese government promised of "involving 300 million people in winter sports" through bidding and preparations for the Beijing Winter Games, this goal has now been achieved ahead of schedule. From winning the bid to host the Winter Olympics to 2021, the Chinese participants in winter sports have reached 346 million with a 24.56% rate of residents' participation. In the past 10 years, the number of skiers has risen from about 7 million in 2011 to more than 20 million in 2020, with a market scale of nearly 90 billion yuan (USD 14.1 billion). In 2000, there were 50 ski resorts in China, but by 2019 there were 770 and the goal is to reach 1,000 by 2030. While in regard to the indoor ski resorts, China ranked first in the world with 36 in 2020. According to the latest Research Report on China's Winter Sports Industry Development, the skiing equipment market in China grew from 3.22 billion yuan (USD 0.6 billion) to 11.75 billion yuan (USD 1.84 billion) from 2014 to 2019. All the figures show that the public's passion for ice and snow sports continues to increase.

The 2022 Winter Olympics Games will be a new transcendence of China's ice and snow dream, and a new beginning of building it into a sporting power. China attaches a great importance to the preparations for the Olympic and Paralympic Games. As President Xi Jinping said in his New Year address, we will spare no effort to present a great Games to the world. Today I would like to introduce briefly the Winter Olympics Games in three aspects:

The first aspect is about being "green" and "eco-friendly". The idea of a green Beijing 2022 is presented all through the process of preparation and hosting of the Olympic Games. For the first time in the world, all the facilities are powered by green and renewable energy. And for the first time in the world, CO2 transcritical ice-making technology will be used in the National Speed Skating Oval (Ice Ribbon). The Beijing Olympics combine the promotion of sports with ecological conservation so that people can enjoy the charm of winter sports while protecting the beauty of nature and the ecology.

The second aspect is about being “recycled”. All the construction of venues focus on sustainability. Except for the National Speed Skating Oval, all ice sport events will take place in renovated venues built for the 2008 Beijing Summer Olympics. The "borrowing" of urban infrastructure to serve the Beijing Winter Games, and continuing to serve the city after the game, has become another innovation in Beijing's streamlined hosting of the Olympics. For example, the Games Villages will be converted into talent apartments after the competition.

The third aspect is about being "healthy" and "safe". The health and life safety of athletes and other participants are highest on our agenda of guarantee of the Winter Games. We are confident to hold a safe Olympic Games. Following the requirements of the Beijing 2022 Playbooks, the Chinese side is optimising the area-based double closed-loop management process tailored for different categories of participants and strictly implementing the epidemic control protocols. China will take science-based and targeted epidemic prevention and control measures, make utmost effort to prevent infection and ensure the health and safety of all personnel attending the 2022 Winter Olympics.

Hosting a successful Beijing Winter Olympic Games will be a vivid practice of building a community with a shared future for mankind. As we speak, the Omicron variant of Covid-19 is ravaging the world, pressure for tackling climate change is mounting, the global economy is still struggling for recovery. The International Olympic Committee proposed to shape the post-coronavirus world with the Olympic values. This matches the spirit of building a community with a shared future for mankind proposed by President Xi Jinping. Under the motto of “Together for a Shared Future”, the Beijing Winter Olympic and Paralympic Games are calling on people from all countries to transcend differences, come together under the banner of the Olympics, and join hands to address global challenges such as Covid-19 and climate change and build a better world after the pandemic.

On February 4, the Olympic flame will be lit for a second time in the National Stadium, also known as the Bird’s Nest. We will be a good host and make full efforts to deliver a splendid, exceptional and extraordinary Olympic event for the world, make sure all participants feel spring-like warmth and provide more solidarity, confidence and strength to all. 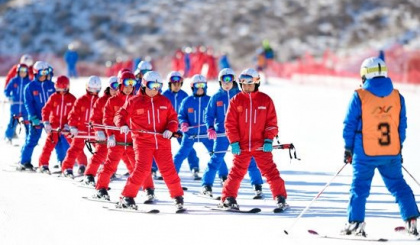 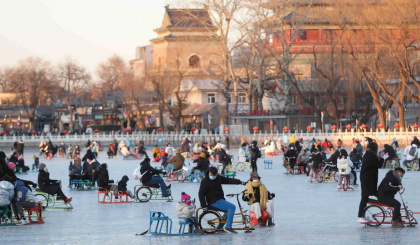 Shichahai, a popular scenic area in Beijing, is a venue for a wide range of winter activities (CHINA DAILY) 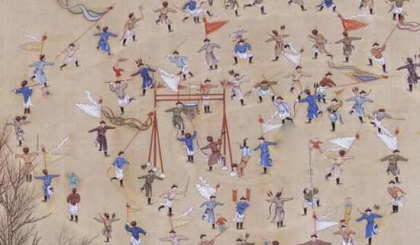 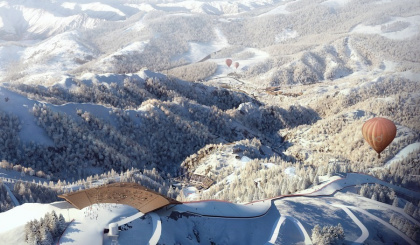 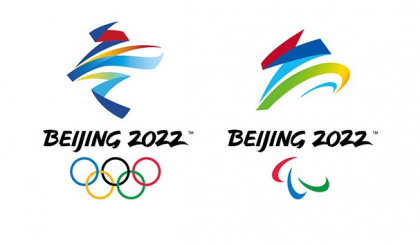 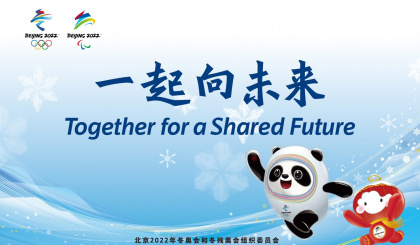 The official motto of the Olympic and Paralympic Winter Games Beijing 2022 is ‘Together for a Shared Future’. The official mascots: Bing Dwen Dwen and Shuey Rhon Rhon 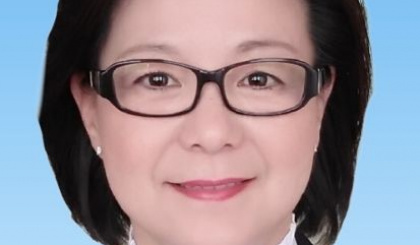