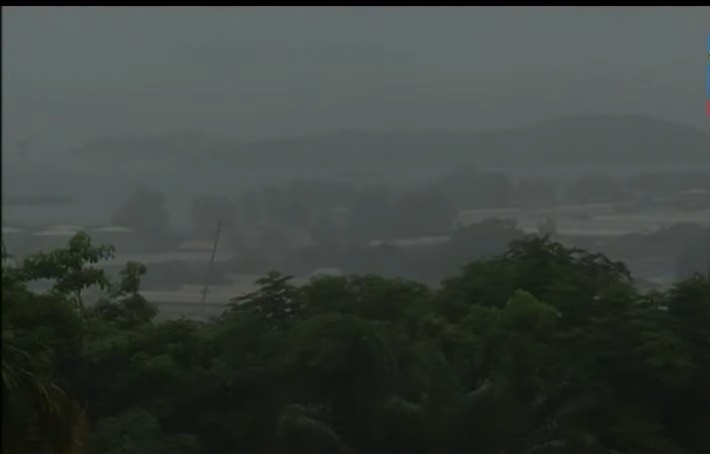 The dark weather condition the country has been experiencing over the last few days is normal, says the Seychelles Meteorological Authority

The dark weather condition the country has been experiencing over the last few days is normal and it happens when there are very deep clouds which do not allow the sunlight to penetrate through during rainy and cloudy weather conditions.
Egbert Quatre, forecasting officer at the Seychelles Meteorological Authority, said January is usually the peak of our rainfall season.

“But so far we have recorded only about half of the average rainfall for January. We are therefore expecting that we will get more rainfall for the remainder of January now that the rain belt is influencing our weather,” Mr Quatre explained.
Meanwhile Mr Quatre detailed the amount of rain received so far as follows:

The average rainfall for the Airport station for October, November and December is as follows:

Rainfall received at the Airport station in October, November and December 2021:

He explained that the rainfall recorded at the Airport station since October 2021 has been less than what is usually received over the same period as the figures above show. The same pattern was seen over all the stations.

“The 2021-2022 rainfall season performance so far as can be seen from the figures above, has been below normal. This was captured in our seasonal forecast issued last year prior to the beginning of our rainfall season,” said Mr Quatre.

He noted that the onset of the rainy season itself was quite late explaining that the main reason for the late onset was as a result of the active La Niña condition in the Pacific, whereby sea surface temperature becomes cooler than usual. La Niña condition translates to drier than usual conditions over Seychelles and this is exactly what we experienced from October 2021.

Meanwhile Mr Quatre is calling on members of the public to take all necessary measures to protect life and property during heavy downpours.

“We will continue to update the public on the weather condition through our website, app and youtube channel where we upload all our forecast information,” Mr Quatre said.