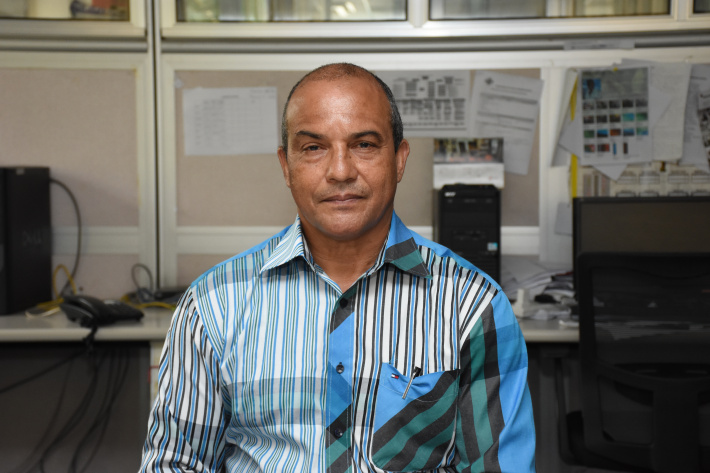 Unfortunately, despite a massive campaign to educate members of the public on the various scams that are ongoing, people are still falling prey to the scammers. The Seychelles Bankers Association, through its chairperson, Philip Moustache, is once again urging people not to fall prey to these and to alert the authorities immediately if they are a victim.

“Since 1993, when we became aware of the scams, some R20 million have been lost in scams. These acts are successful because the victims are either naïve, desperate or greedy or use the social media extensively. Unfortunately, even after so many warnings, many of our Seychellois women are falling prey in return for promised marriages and also helping the fraudsters to open a local account here,” explained Mr Moustache.

He also shared that the earliest cases of scams involved cases of land being sold and documents signed with ink mixed with acid; during shortage of forex, local criminals tricked people by posing as bank employees and the pyramid scheme case during 1982/83

Scams have evolved technologically with increased use of the social media.

Mr Moustache once again put emphasis on the fact that only a registered organisation with the Central Bank can give you a loan locally. “For all loans, you have to be aware of the repayment terms and conditions. Facebook is not a place to get loans and if it’s too good to be true, beware!”

Another change in the mode of operation of the scammers have been noted. “They are now using the locals (mainly ladies) and expats to open an account for them here and they receive their cards and pins via post. They cannot send money via Western Union as their schemes will be unmasked.”

Mr Moustache warned people to be more vigilant. “If you have not bought a lottery ticket, how can you be a winner? Regarding scholarships, we urge the citizens to check with the Agency for National Human Resource Development, agency responsible for scholarships. If you are being caught in such transactions the case is reported by the bank to the Financial Intelligence Unit and further referred to the Attorney General’s office.”

Funds transferred due to texts and emails scams: Some R400,000 loss recorded

Scholarships and training: losses of R50,000 plus recorded

Intercepted e-mails: losses of R1.2 to 1.5 million. One loss of US $300,000 was also registered. Mr Moustache explained that “here businessmen are mostly the victims especially if they communicate with their overseas suppliers by e-mail. Hackers intercept e-mails containing payment instructions provided by the overseas supplier and send a fresh e-mail containing details of a new account to which all future payments are to be now made. On receiving such an e-mail, the local ordering company should call the overseas supplier to verify the authenticity of these new payment instructions. Most of the times, this is a fraud being perpetrated by criminals operating out of Africa and Asia”.

“With the ongoing economic crises situation during the pandemic, criminals will try all means to defraud the general public. If you receive “an offer that is too good to be true” on social media, do not even think of accepting it. Always remember that you have worked hard for your money and should not part with it foolishly especially during these hard times,” concluded Mr Moustache.